“So Peter was kept in prison, but the church was earnestly praying to God for him.” – Acts 12:5, NIV

Peter was imprisoned by King Herod. The evil king had already killed James, and now he planned to execute Peter. But while the king was plotting, the followers of Jesus were praying.

The night before Peter was to go to trial, an angel appeared in the cell with him. Peter followed the angel out, supposing that this was a vision or dream. But what happened was real. Peter must have laughed as he hurried down the dark streets, looking for his friend’s house.

When he arrived, he told the servant that he was Peter. The servant reported this to those in the house, and they laughed at her. But she was insistent, and eventually, others went to investigate and found Peter waiting on the porch.

Sometimes, we feel powerless to help hurting friends or family members. We think we can’t do anything, but that’s not true. We can pray for our loved ones that God would intervene in their situations.

As you wait for God’s answers, continue to seek Him and strive to honor Him with your choices. The Christians in Peter’s story continued to meet together and pray, despite how grim the circumstances looked.

Lord, when I’m tempted to focus on how powerless I feel, remind me again that prayer is powerful. Help me to stand strong in moments of temptation and continue to worship You no matter what’s going on around me. In Jesus’ name, Amen. 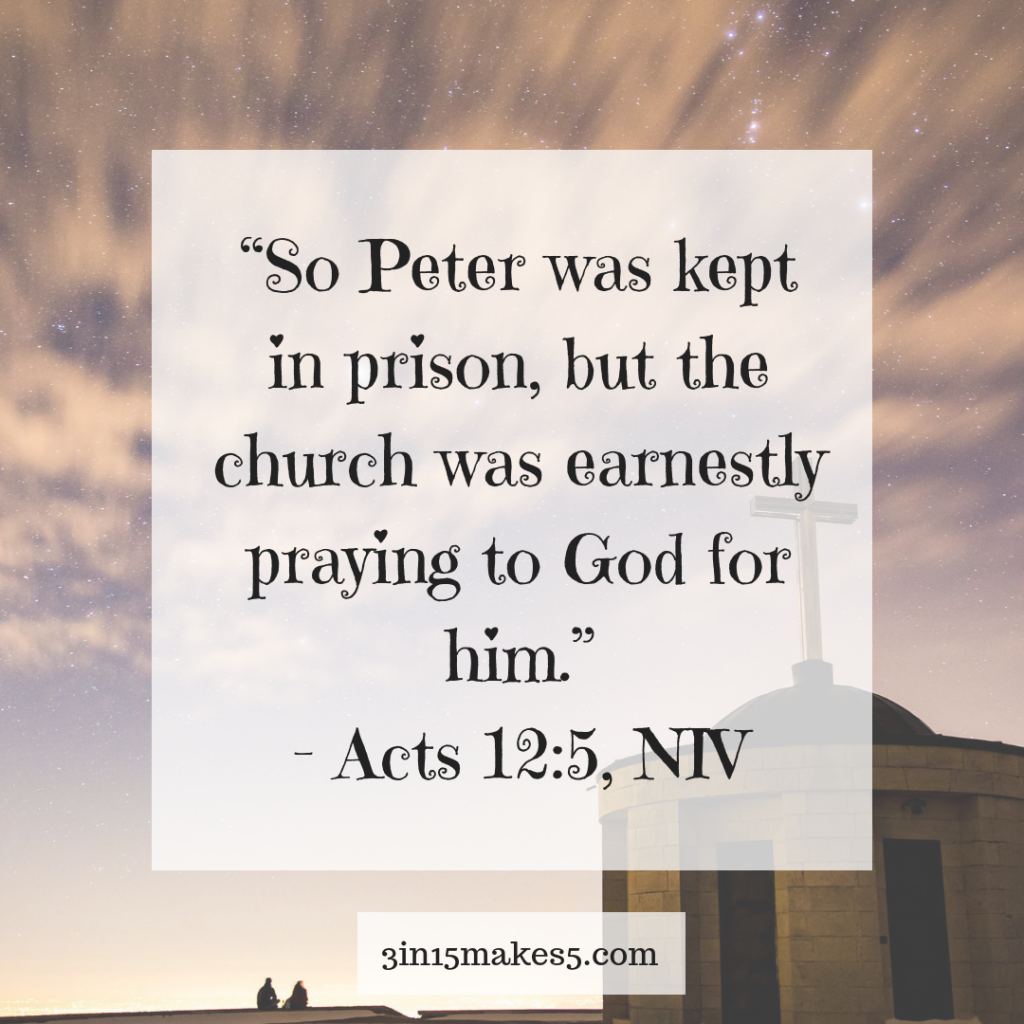