It’s been a long day today, so I never made it around to writing the Day 2 post for our Whole30 journey. 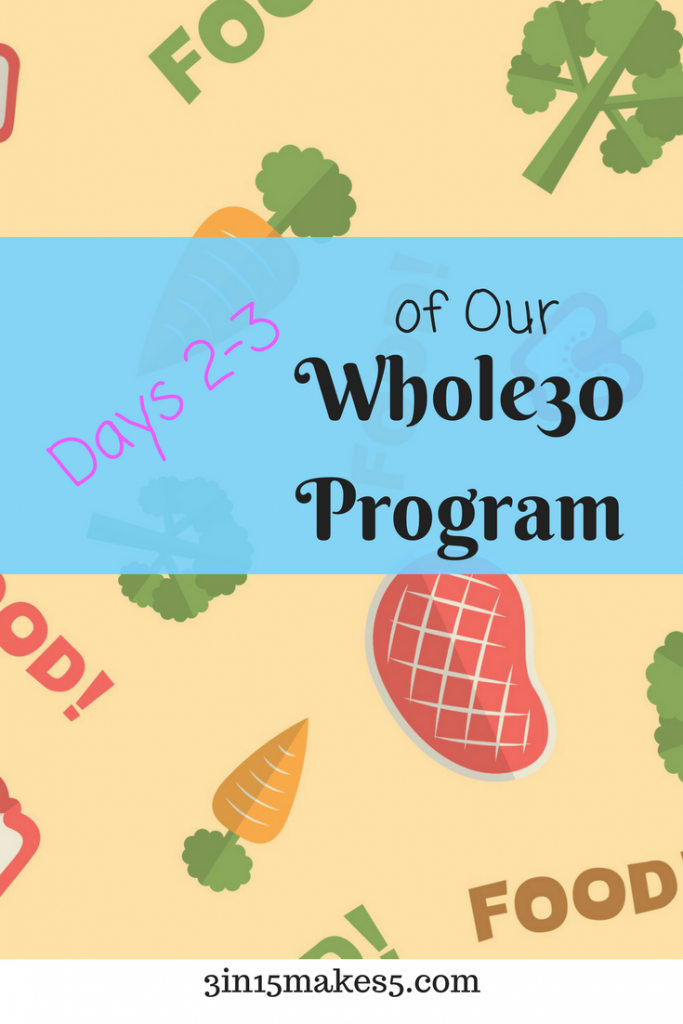 Yesterday was Day 2 of our Whole 30. I was doing well until after dinner. Then I started to get a headache. Other than that, it wasn’t such a bad day. Didn’t really have any cravings, but still wanted to have something to munch on. I ended up getting a glass with some crushed ice so I was able to suck on that. I had to take a 2 hour nap, but that happens sometimes with the fibromyalgia.

My husband was joking with his sister and said he wanted a beer. No alcohol is allowed on the Whole30 program, but he doesn’t drink them that often anyway. She is trying something different and isn’t allowed alcohol either. So she was talking about missing her wine. It was funny to listen to the texts back and forth between the two of them.

One thing that was really weird…I had a dream that someone gave me a glass of Sprite. I drank it and then realized that it had sugar and all sorts of non-Whole30 ingredients. I was freaking out, in my dream!! I was glad to wake up and realize that I was okay.

Today was a little tougher. I’ve had a headache most of the day. Definitely detoxing. Not fun, but necessary.

The boys had been given some brownies and rice krispy treats on Monday. They were still eating them, and just looking at them made me want some. I asked them to wait until I was out of the kitchen before eating the last of them tonight.

One of my sons made me a salad. He likes his presentation. See the picture. My not so little chef. All 3 boys can cook meals, so it’s great to have them help out. I used Tessemae’s Caesar Dressing that was really good. It is organic, doesn’t contain any sugar, and approved by the Whole30 program. 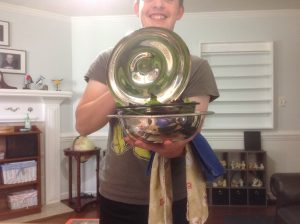 What made it more difficult was having our science experiment in the kitchen. My oldest son is taking chemistry. We were looking at the density of different liquids (syrup, water, and vegetable oil). And where were the brownies? Right on the counter in front of me!! I especially love chocolate, so this a little difficult to see.

My husband had just started to make dinner tonight (putting beef, potatoes, onions, and mushrooms in the pressure cooker) when our power went out. Thunder was all around us, and then the rain started pouring down. There was a brief moment of panic…what would we eat for dinner? Fortunately the power came back on less than 30 minutes later, and he started the pressure cooker and we just ate a little later.

So far so good. There is the nagging headache, but I’ve had those plenty of times. Napping isn’t anything new either. I haven’t seen any improvement, but that is to be expected. It could be weeks before any noticeable changes.

I’m hoping the next few days go well. The Whole30 program has mentioned that Days 4 and 5 can be the worst, where you are crankier than ever. I’ve already warned my family 😉

P.S. If you are interested in the Whole30, check out Melissa and Dallas Hartwig’s book on Amazon here. There is also a Kindle version which is what we bought.