“So on the second day they marched around the city once and returned to the camp. They did this for six days.” Joshua 6:14, NIV

The plan would have sounded crazy to anyone else. Joshua, the leader of the Israelite nation, was about to move into the Promised Land and take possession of it. This land would be his, and his descendant’s forever. There was just one problem:  Jericho was a heavily fortified city.

So what did God ask Joshua and the Israelites to do? Did He tell them to begin making swords? Did He instruct Joshua to start sharpening blades or training young men for war?

No, God didn’t ask His people to do any of those things. Instead, He issued a simple battle plan: Walk around the city walls with trumpets playing. There’s to be no talking – not even a whisper. On the seventh day, the army is to give a mighty shout of praise.

Joshua follows God’s orders, and on the seventh day, the walls fall. The Israelite nation enters it and destroys everyone, except for Rahab and her family (for protecting the Israelite scouts).

New beginnings sometimes require us to step out in faith. God asks us to walk in obedience, and as we do, nothing appears to change. Life seems to go on just as normal: your daughter is still addicted to drugs, your parent is still sick, your job is still overdemanding.

But don’t discount what God is doing in your life. He can still break through. What looks so impossible to you (the sober daughter, the healthy parent, the perfect job) is no challenge for the Almighty God.

Lord, help me to walk in obedience. Others might think I’m silly or crazy for listening to You. But I believe You’re at work here. In the meantime, give me the grace and strength to keep waiting for this breakthrough. In Jesus’ name, Amen. 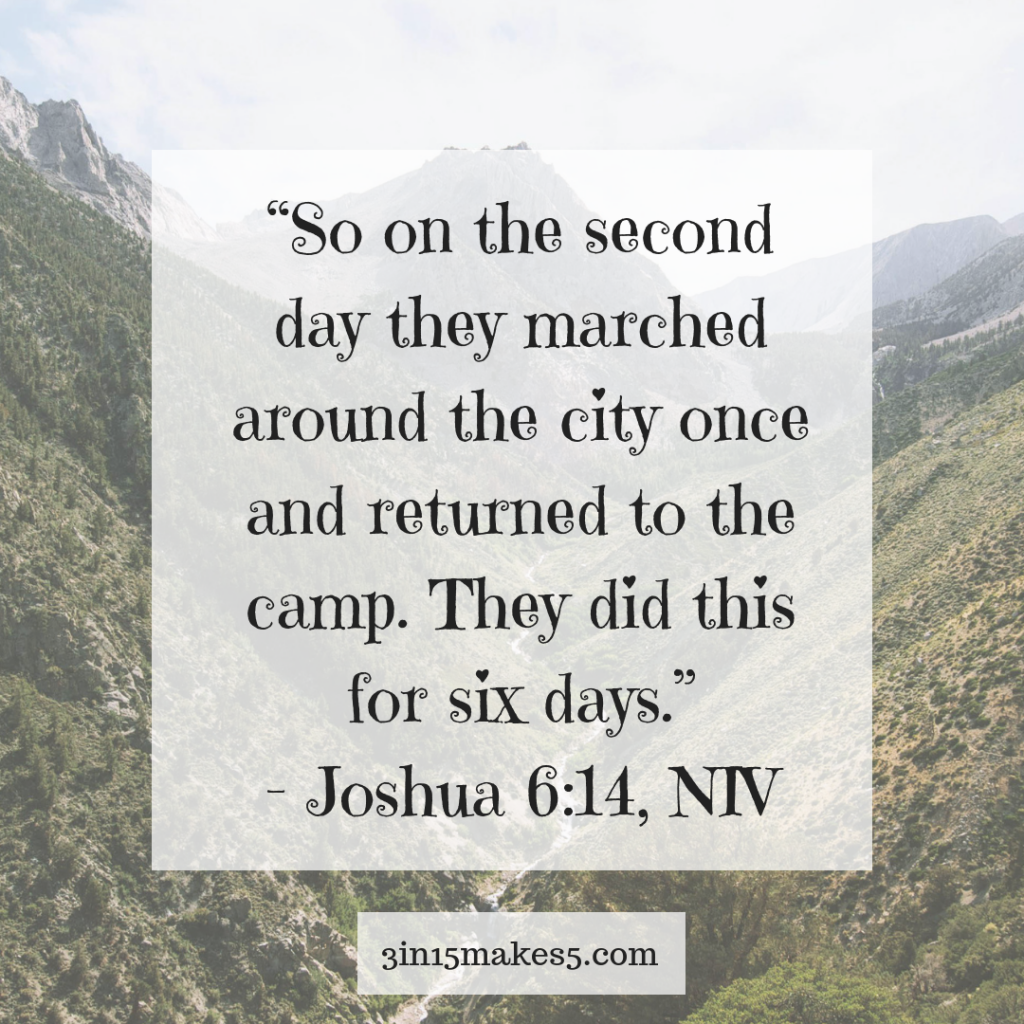