“Saul got up from the ground, but when he opened his eyes he could see nothing. So they led him by the hand into Damascus.” – Acts 9:8, NIV

Saul had spent his life doing the “right” things – he came from the “right” family. He taught the “right” doctrine. He zealously persecuted anyone who didn’t live up to his idea of righteousness.

Then in one blinding moment, Saul learns that he’s stood for the wrong things. He’s failed to understand the Gospel of Christ. He’s struck blind and left wondering what’s next. He spends the next few days in earnest prayer.

Finally, because of the prompting of the Holy Spirit, a man named Ananias comes to see Saul. Ananias lays hands on Saul, and Saul can see again.

Just because Saul has become saved doesn’t mean that his past no longer exists. Rather than let his past paralyze him, Saul immediately begins speaking out about his newfound faith and the revolutionary change in his life.

If anyone could have let his past mistakes and sins stop him from being an effective witness, it was Saul. He had every reason to wait it out on the sidelines. But he didn’t. He chose to step forward in faith, despite his failures and fumbling.

As you look forward to a new season, you might be overwhelmed by your past. Maybe you’re tempted to believe that you should sit on the bench. But take a page from Saul’s playbook and boldly proclaim the power of Jesus right where you are.

Lord, thank You for forgiving me. When my past seems to haunt me, remind me to shine Your light and love wherever I am. In Jesus’ name, Amen. 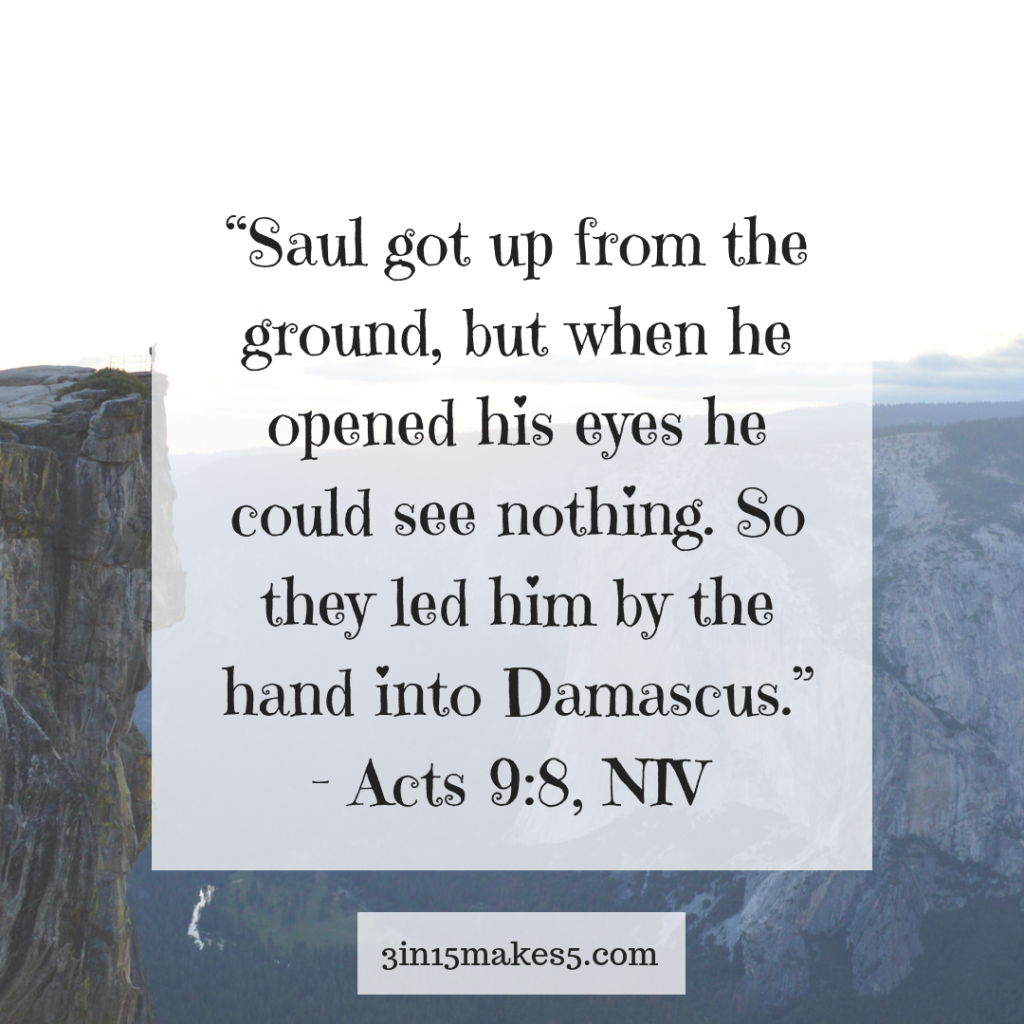