“So now take seven bulls and seven rams and go to my servant Job and sacrifice a burnt offering for yourselves. My servant Job will pray for you, and I will accept his prayer and not deal with you according to your folly. You have not spoken the truth about me, as my servant Job has.” – Job 42:8, NIV

Job’s whole world was shattered. He lost all of his children. He lost his flocks and his herds, which in today’s society would be the equivalent of losing your job along with any additional source of income.

If that was not enough, Job was afflicted with a horrible disease. He lived in constant pain, and even his nagging wife would not comfort him. Three of his friends came to sit with him, but after a time of silence, they began to reflect on what happened to Job.

They leveled some ugly accusations, insulting both Job and God. They insisted Job had committed some great sin and that the hardships he faced were proof of this.

When God restores Job, He sends his friends to apologize and beg his forgiveness. He says that Job should offer a sacrifice on behalf of his friends so that their offering would be accepted.

Interestingly, Job’s response is never noted. He does offer the sacrifice, but there’s no record of the conversation with his friends. How easy it would be to proclaim his righteousness at that moment. It would be hard not to gloat about how right he was.

When someone else has sinned, it can be tempting to rejoice in their fall. But Job is an example of how we should treat friends who have failed to honor God. We’re not to delight in their sin but humbly ask God to forgive them.

Lord, I confess my own pride when I see someone else do wrong. I’m tempted to believe that I’m better than them, but I’m not. So I humbly pray for (name). Please forgive their sins. Show them how to walk in Your ways. In Jesus’ name, Amen. 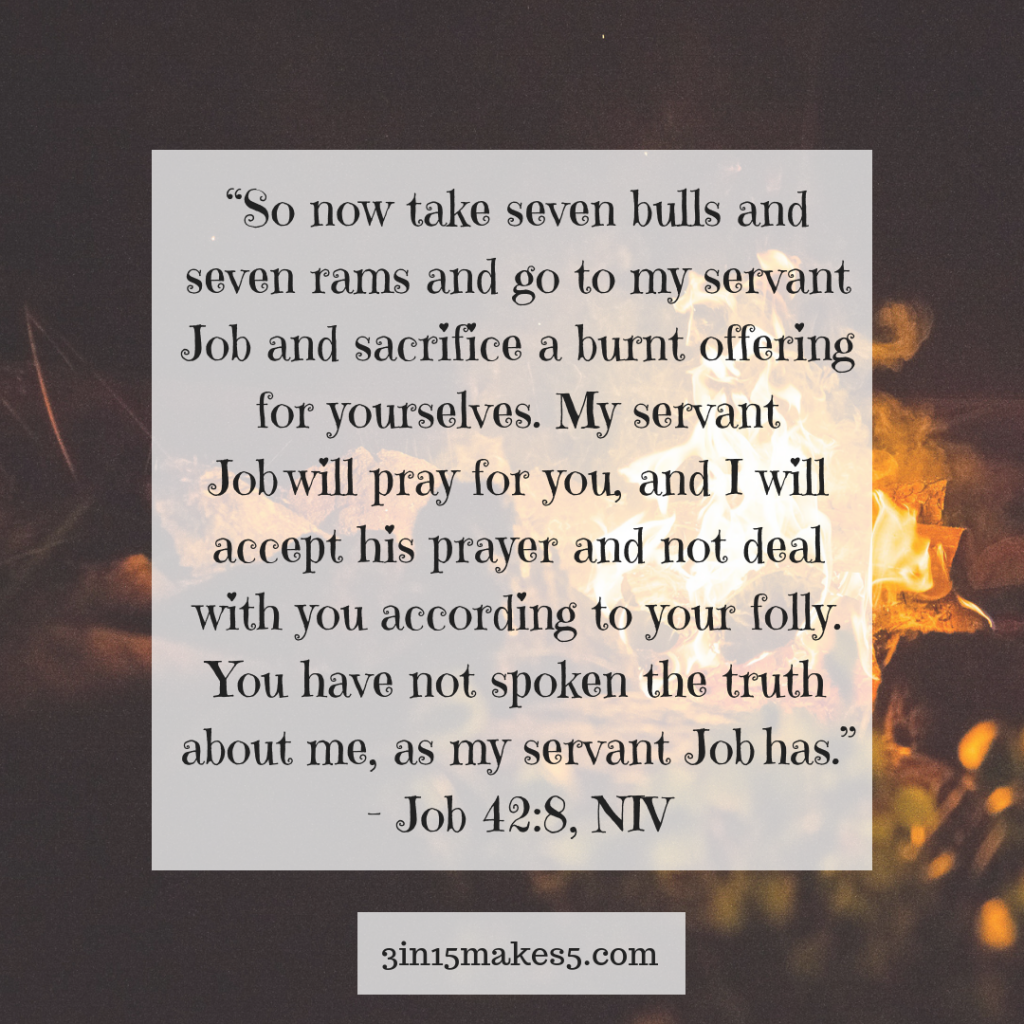