“For God so loved the world that he gave his one and only Son, that whoever believes in him shall not perish but have eternal life.” – John 3:16, NIV

Cole had a job he enjoyed as a police officer. He was married to a woman he loved, and they’d had two beautiful daughters. His wife had been diagnosed with infertility early in their marriage. They’d suffered the loss of two unborn children.

But then, like a miracle, came Leslie followed by Arielle two years later. But as time went on, Cole began to sense something was wrong. Arielle was struggling to hit growth markers that Leslie had easily accomplished.

After a visit to a children’s hospital and several rounds of testing, Cole learned his youngest daughter suffered from a form of muscular dystrophy.

He was devastated. Cole thought of all the things his daughter may not get to do. He spent hours praying, asking, “How can I trust You with my daughter? Why aren’t you healing her?”

One night while he slept, Cole had a dream that a doctor offered Arielle a rare treatment.

The catch was that Cole had to take on her disease for her. He said “yes” just as his alarm clock rang and woke him from the dream. “I remember waking up, and God was saying, ‘That’s what I did for you on the Cross. That’s how you can trust Me.’.”

God, help me when hard moments come to trust You. Let me meditate on Jesus’ sacrifice and remember Your lovingkindness toward me. In Jesus’ name, Amen. 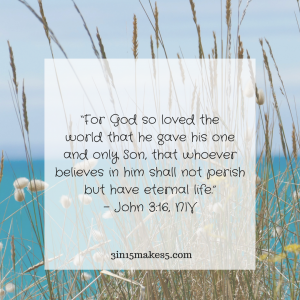