“Therefore, if anyone is in Christ, the new creation has come: The old has gone, the new is here!” – 2 Corinthians 5:17, NIV

Jana was driving an old car, heading back to college, when it began to sputter on the highway. She guided the car safely to the side of the road, thankful she hadn’t been in an accident or injured by the failing car.

Jana reached for her cellphone to call her father who lived several hours away. But when she found her phone, she realized the battery life was too low for a phone call. As she was wondering what to do, a police officer knocked on her car window.

He gestured for her to push the lever for her hood. When she did, he went around to the front of the car and jiggled a switch. He signaled for Jana to start the car and to her amazement, the engine came to life. When she thanked the officer, he said, “That’s the thing, sometimes, there’s one tiny spark of life left that you can’t see.”

The words stayed with Jana who went on to become a minister who works at a local women’s prison. Her goal is to be that spark for the women she leads. She enjoys watching as Jesus brings women who feel hopeless back to life.

Lord, thank You for making me a new creation! Help me not to write off others because I think they’re too far gone. Instead let me wrap arms of love and mercy around them, speaking Your truth over their lives. In Jesus’ name, Amen. 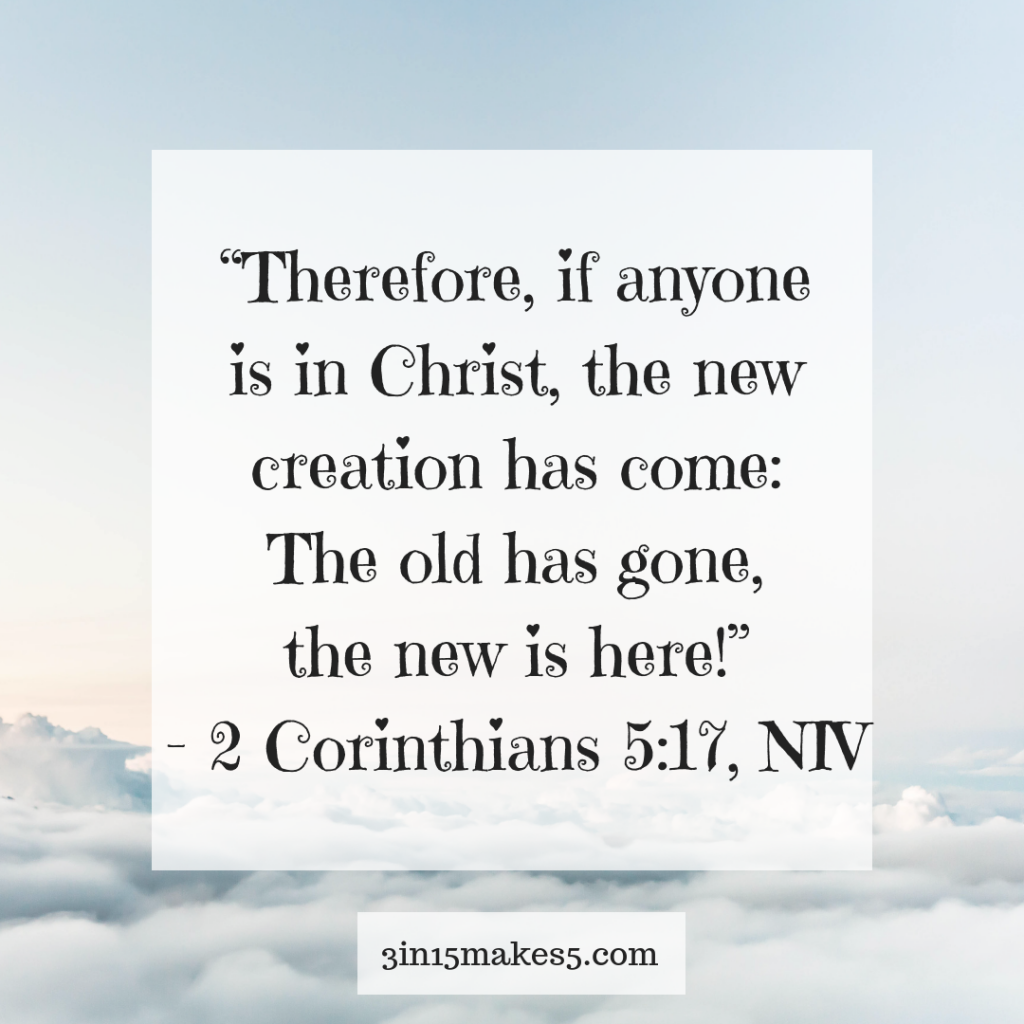