“It is more bitter for me than for you, because the Lord’s hand has turned against me!” – Ruth 1:13, NIV

Naomi had two sons and a loving husband. But within the space of a few years, all three men died. Naomi was a widow, and she was in deep despair.

She returned to her hometown, but when the local women called for her, she no longer answered to that name. Instead, she wanted to be known as Mara, a name which means bitterness (Ruth 1:20).

As a widow in Biblical times, Naomi would have struggled to provide for herself. Not only was she facing the heartbreaking death of her sons and her husband, but she was also now financially destitute.

But God provides for this widow through the hand of Boaz, a Godly man, who was also a relative of Naomi’s husband. Boaz redeems both Ruth and Naomi from poverty by marrying Ruth.

The birth of Boaz and Ruth’s first child, Obed, was a sign of God’s care and provision for Naomi despite the hardship she suffered. (Obed later fathers Jesse, who fathers David, who becomes king.)

Sometimes, new beginnings feel bleak. It can seem as though God has abandoned you or turned away from your suffering. But just as Naomi’s story proves, God can (and will!) redeem your heartbreaks.

Lord, thank You for being my Kinsman-Redeemer! You rescued me from despair just as You rescued Naomi through Boaz. Please grant me strength on this journey and bless this new beginning. In Jesus’ name, Amen. 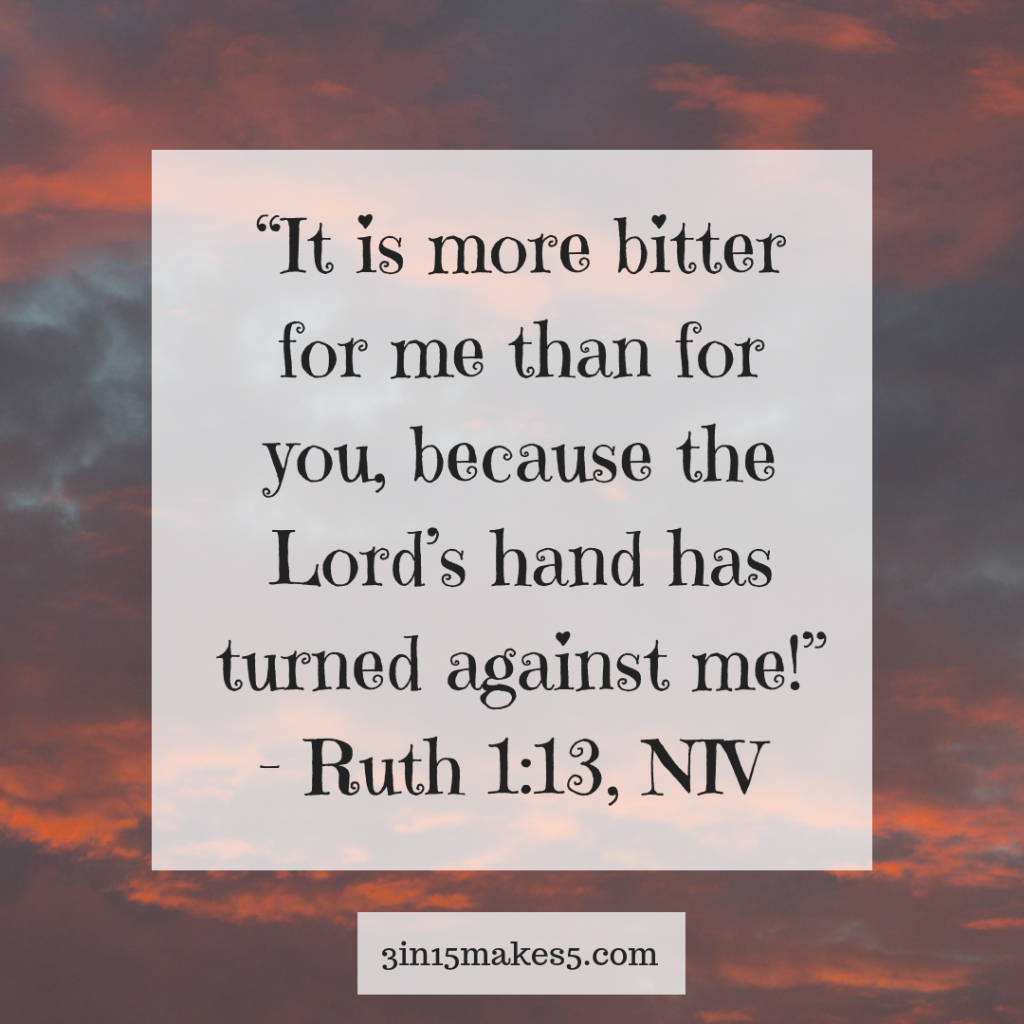