Dana took over her husband’s painting company when he died unexpectedly. Her husband’s second in command was a younger man by the name of Levi. He patiently guided Dana as she took over, helping her to learn how to manage the business.

Dana’s deaf daughter, Brittany, spent the summer after her sophomore year of college handling most of the office duties and creating a system to sort the company’s paperwork.

“My husband was many wonderful things, but he was not organized,” Dana said.

When Levi stopped by one afternoon with a stack of invoices, he met Brittany. The two instantly hit it off. After that, Levi regularly came into the office two or three times a week, and they would chit-chat in between helping customers.

“One day, Levi came to me and asked me about Brittany’s hearing,” Dana shared. “I explained to him that we tried implants when Brittany was young, but they didn’t work for her. She can sign though, and she reads lips well.”

After Levi and Brittany had been dating for a few months, there was a mix-up with the company phones. Dana said, “I got Levi’s, and he got mine. When I opened his phone, he had all of these videos on learning sign language. He said he wanted to be able to sign his proposal.”

God, when I meet people who are different from me, help me to be patient and understanding. I don’t want to miss a chance to show Your love because someone doesn’t look or sound like me. In Jesus’ name, Amen. 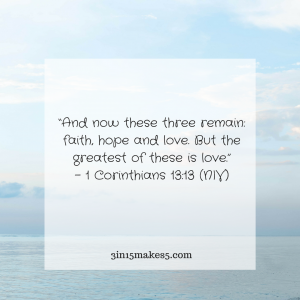