Tia was traveling to a conference for work when she stopped at a gas station. While she was inside paying for gas, she saw another car pull up. A tall, lanky man got out of it and went to another car. He began screaming at the driver, a tiny blonde woman that looked frightened.

Tia yelled for the gas station attendant to call the police; then she went outside. The angry man left as soon as he realized there were witnesses.

Tia moved slowly toward the terrified woman, noting that she looked battered and bruised. She talked calmly with the victim and waited with her until the police arrived.

Before she’d left for the conference that week, she’d felt strongly that God wanted her to plan for extra time for the trip. So, she left a day early. “If I had left when I normally do, I wouldn’t have been at the gas station that day. My grandmother always says that God works in mysterious ways.”

Lord, I give my schedule and my plans for my day to You. Please let it unfold according to Your will and not mine. In Jesus’ name, Amen. 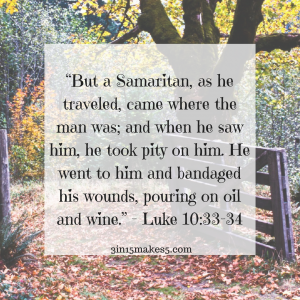