But Moses sought the favor of the Lord his God. “Lord,” he said, “why should your anger burn against your people, whom you brought out of Egypt with great power and a mighty hand?” – Exodus 32:11, NIV

The Israelites had been freed from four hundred years of slavery in a foreign nation. God had rescued His people, leading them into the desert with the understanding that He would take them to the Promised Land.

But then Moses, who was the leader of the nation, was called to the mountain to talk with God. He stayed there for a considerable amount of time; no doubt in worship and fellowship.

While Moses was gone, an interesting thing happened. The people began to grumble. They doubted that God was with them anymore.

Aaron, the brother of Moses, commanded the people to give him their jewelry. He melted down the gold and created an image in the shape of a calf. Impressed with his work, he proclaimed this idol was the one that rescued Israel from Egypt.

It’s tempting to shake your head at the Israelites at this moment to ask, “How could you do such a thing after God displayed His power so clearly?”

Yet, we’re often quick to do the same thing. After years of prayer, God sends you the spouse you’ve longed for or allows that adoption to go through so you can hold a beautiful baby. He arranges for you to own that house that you wanted for so many years.

In these moments when our deepest desires have been fulfilled, it’s easy to look to them as the source of all our joy. We, in essence, do the same thing Israel did—we trade the Almighty for an idol.

Jesus, thank You for interceding on my behalf! When I am given something I’ve longed for, help me not to turn it into an idol. Instead, let me look upon God as the source of all my joy. In Your Name, Amen. 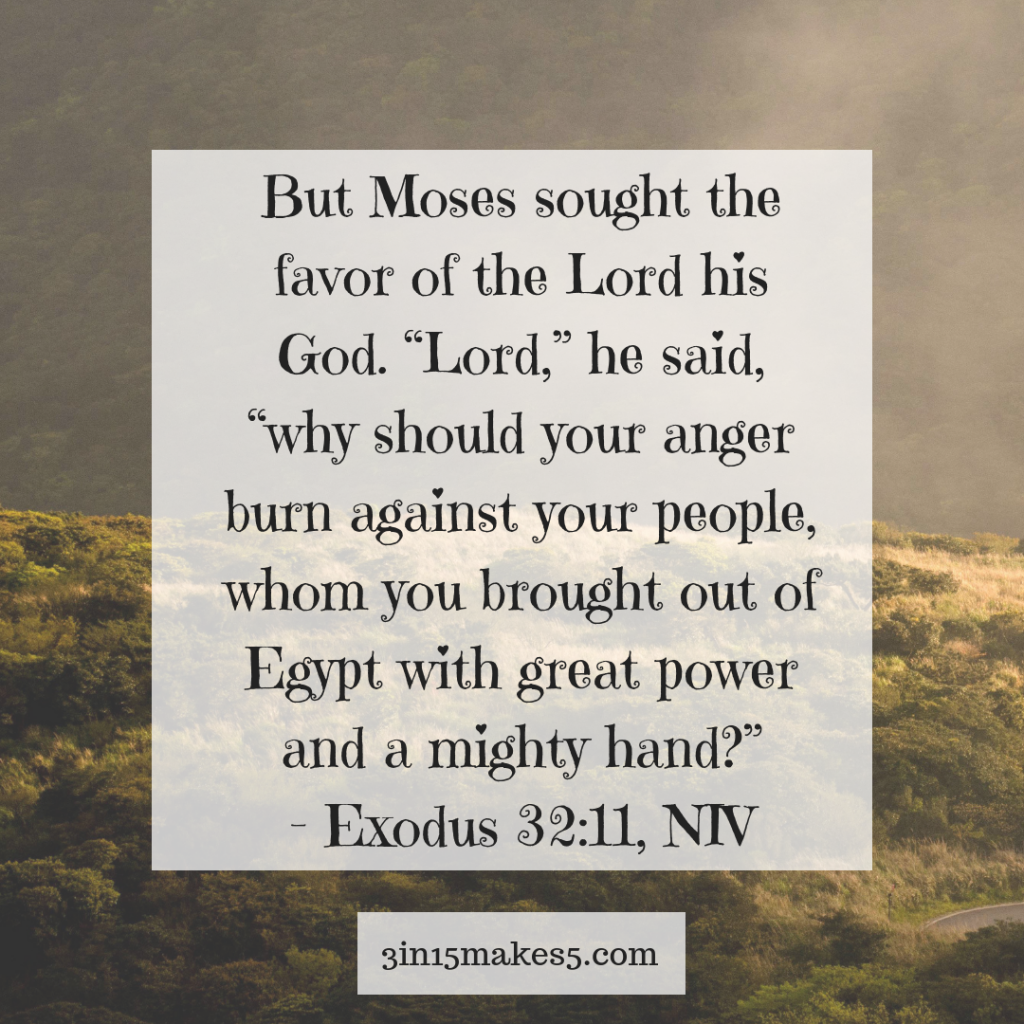