“From Paphos, Paul and his companions sailed to Perga in Pamphylia, where John left them to return to Jerusalem.” – Acts 13:13, NIV

Paul and Barnabas were traveling and ministering to the Christian church. While they were on their mission, they invited John Mark along. Although little is known about this Biblical character, many believe that John was a young Christian who was newer in the faith.

During their mission trip, John suddenly leaves. No explanation as to why is provided in Scripture. Perhaps an aging parent became ill. Maybe the family business came calling, and John couldn’t say no. Perhaps he was unhappy with one of the missionaries. Whatever his reason, John Mark left.

Later, Barnabas reconnects with John and wants to bring him along on their next missions trip. Paul puts his foot down, and the two argue so intensely that they eventually part ways.

What’s interesting is Paul’s mention of John Mark years later in a letter to the Colossians. In Colossians 4:10, he says:

“My fellow prisoner Aristarchus sends you his greetings, as does Mark, the cousin of Barnabas. (You have received instructions about him; if he comes to you, welcome him.)”

Not only does he instruct the church to welcome John, but he also mentions that John has been one of his comforters during his imprisonment (verse 11).

Sometimes, God calls us to give a second chance to a brother or sister in Christ. It’s a gift that God gives us every day and one He wants us to share with others generously.

Lord, help me to give a second chance to those around me. Remind me again that I need Your grace daily, hourly even. Let me be humble and kind to the John Marks in my life. In Jesus’ name, Amen. 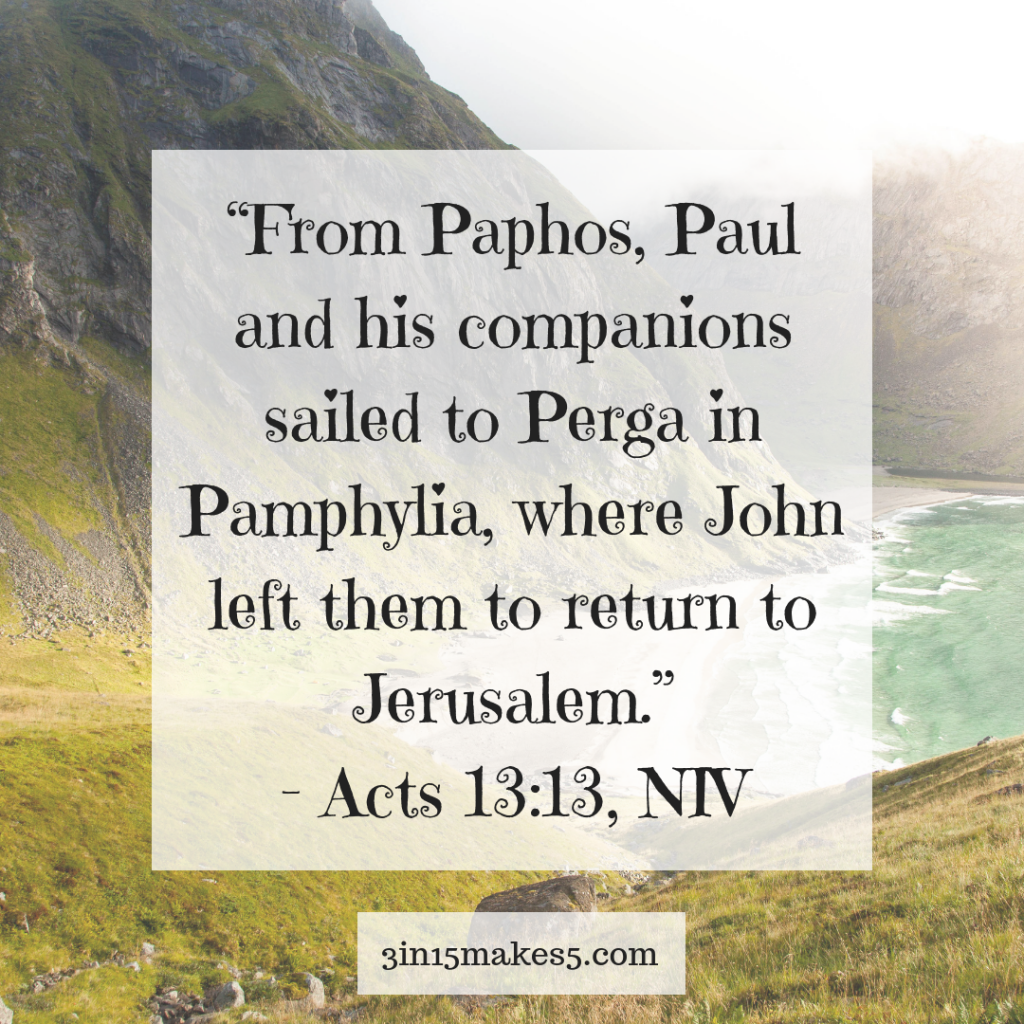