When Luke’s wife left him for another man, he was devasted. He had two little girls to raise, and he felt unprepared for the task. He didn’t know what to do so he reached out to a well-known men’s leader in his community.

The men’s leader connected Luke to a weekly men’s meeting. The men prayed for each other every week, often sharing concerns about their work, their families, and their spiritual lives.

Luke’s wife eventually came back to him, asking for a chance to repair their marriage. Although Luke wasn’t sure if the relationship could be saved, he was willing to try for the sake of his daughters.

He shared the situation with his men’s group, and everyone prayed over him. The next two years were some of the most intense of Luke’s life, but with God’s help, he rebuilt his marriage. He credits God and the faithful men in his prayer group as being the reason his family is still together.

The Israelites were in the middle of a fierce battle. Every time Moses held up his hands, they prevailed. But if Moses lowered his arms, even for a moment, they began to lose ground. Eventually, Moses became exhausted. That’s when Aaron and Hur stepped in. Sensing Moses’ need, they sat by him and held up his arms so the battle could be won.

Walking through a crisis or trial on our own can be wearying. We all need Aarons who can grieve and weep with us, who know how to intercede and pour grace over our aching hearts.

Lord, please send me an Aaron. I feel alone in this battle, and I’m a mile past exhaustion. Show me kindness by sending friends who can help me bear these burdens. In Jesus’ name, Amen. 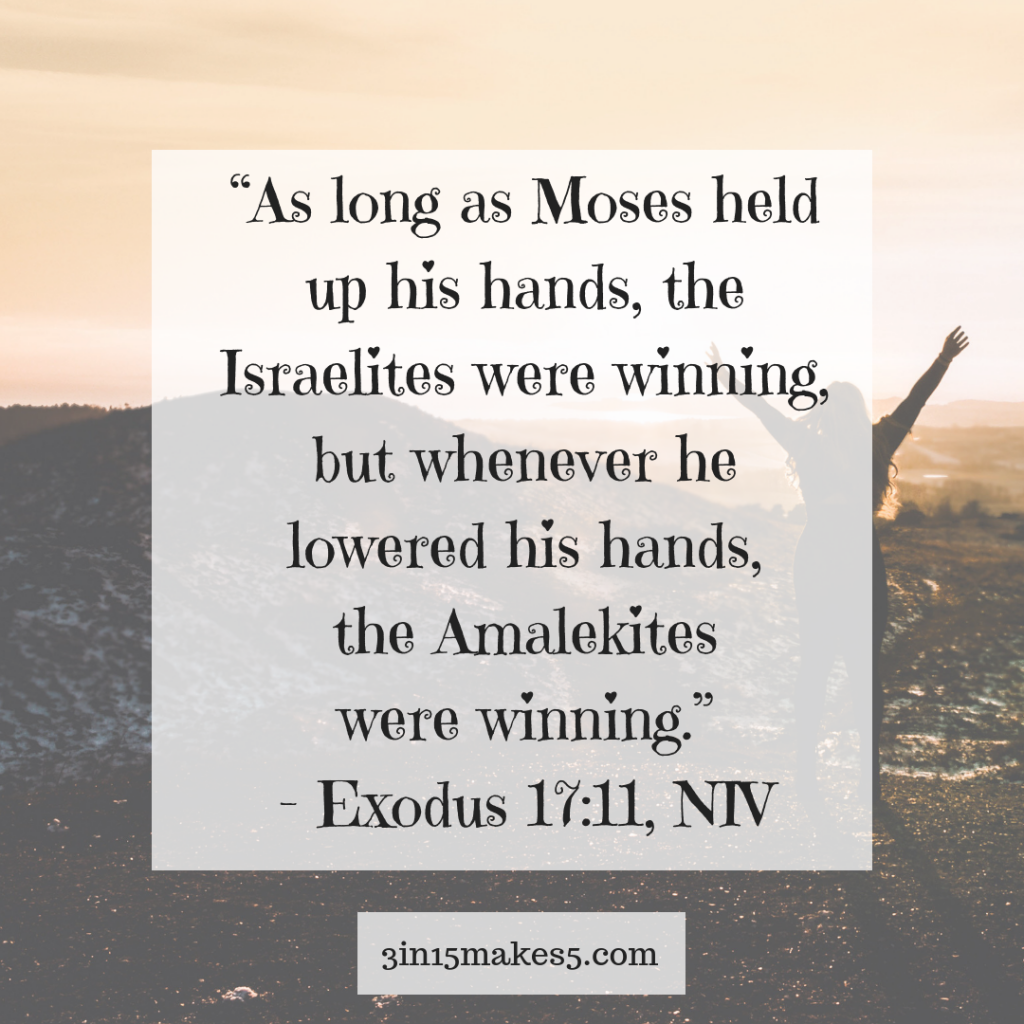