“See what great love the Father has lavished on us,
that we should be called children of God!
And that is what we are!” – 1 John 3:1, NIV 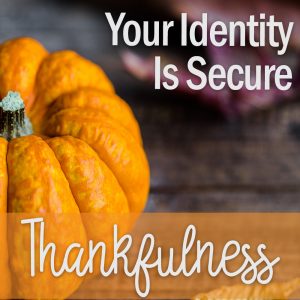 Savannah knew she had too many activities packed into her days, but she felt like she couldn’t say no to anyone. No matter the request, she was always the one who came through for everybody else.

Then Savannah had a significant health scare. She had symptoms of a terminal illness like cancer. She went to the doctor who ordered some medical tests.

When the results were in, he called to tell Savannah she didn’t have cancer or anything terminal. “But,” he warned, “the stress you’re under isn’t good for your body. I think that’s what’s causing your symptoms.”

After the phone call, Savannah spent a few hours soul-searching and praying. As she did, Savannah realized the source of her overwhelm stemmed from her people-pleasing tendency.  She was afraid that people wouldn’t like her if she didn’t say “yes.”

Then she remembered 1 John 3:1. For the first time, Savannah began to consider that her identity didn’t lie in what she did but instead whose she was – God’s child!

Like Savannah, you may be tempted to believe your identity is about what you accomplish but it’s not. Your status as God’s child is 100% secure, and no one can take it from you!

God, when I am tempted to put my identity in the things I do, please remind me that I belong to You. My identity rests in You and You alone.