“The LORD is gracious and compassionate, slow to anger and rich in love.” – Psalm 145:8, NIV 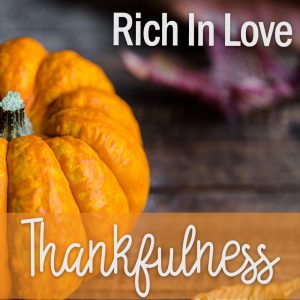 Christie worked hard to make sure everything she did was her very best. But Christie was also a perfectionist, which made it hard for her to let go of little things. Every night, she made a mental list of everything she’d failed at that day.

She’d include things like fussing at her toddler, needing an extra day to complete an assignment at work, failing to log her calories and more. All of the guilt and shame she piled on herself made it hard for her to approach God.

She felt like she was carrying around a report card filled with failing grades and she kept waiting for God to tell her how disappointed he was in her.

Diana, an older woman at the school where Christie worked, recognized that Christie was struggling. She’d often drop by Christie’s classroom after the day was finished to offer her encouragement.

As they became friends, Diana helped Christie to realize that God wasn’t grading her.  She explained that God was “rich in love” towards Christie. He cared far more about her than the things she did or didn’t do.

With her friend’s reassuring words, Christie found it easier to seek God. Instead of thinking that God was disappointed and angry, she realized that God was kind and gracious toward her.

God, sometimes I’m tempted to believe I’m a disappointment or failure in Your eyes. On those days, remind me of the truth that You are compassionate and rich in love toward me.