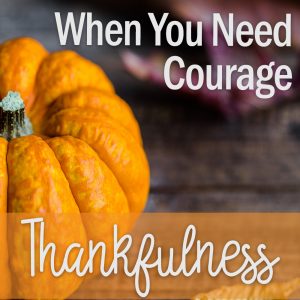 Todd was facing pressure at work. A project his firm had promised a client was very far behind schedule. He was responsible for the project, so he brought it to his boss, looking for advice on how to handle the situation.

Unwilling to anger their biggest client, Todd’s boss advised him to lie. He wanted Todd to tell the client that not only was the project on time; it was being completed under budget too. He even gave Todd the falsified expense reports.

Todd struggled with what to do. He wanted to come clean with the client. He didn’t see how any good could come of lying.

But he was also concerned about what his boss would do. Would he retaliate and fire Todd? He thought of his family, of his wife with their new baby. How could he look her in the eye when he’d promised he’d always take care of their family?

Todd showed up to work early Tuesday for the client meeting. When he felt squeamish about lying, he thought of his newborn. Right before he was scheduled to go into the meeting, he received a text message from a friend with Psalm 138:3 in it.

Curious, Todd looked up the meaning of emboldening and learned that it means “giving someone the courage or confidence to do something.”  The verse was just the reminder he needed. He paused to ask God to embolden him. Then he went into the client meeting and told the truth with courage.

God, thank You for the gift of courage. When I’m facing a test of integrity, please embolden me. Show me how to handle these moments with wisdom and bravery.