“People look at the outward appearance,
but the LORD looks at the heart.” – 1 Samuel 16:7, NIV 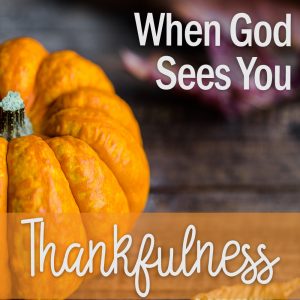 David felt overlooked his whole life. He was the youngest child in a big family. David was just average in school and at sports. He worked in the family business in the lowest position, a mere janitor at the company.

His brothers rarely paid him any attention, and when they did, it was usually only to dismiss him. But David didn’t allow all of this to discourage him. Instead, he used the solitary nature of his job as a way to spend more time with God.

He composed songs and poems while he worked. He took pride in his job, knowing that regardless of position, his work could be an offering back to God.

Then one day, a prophet showed up at his house to anoint the next king. Rather than call him in, his father assumed David wouldn’t be chosen.

It must have stung. To only be called in after the prophet had seen his handsome, capable brothers. To be considered the second string and the last resort.

God, it stings when I feel overlooked by family and friends. Thank You for using David’s story to reaffirm that You see me and You embrace me.