Most boys want to be a superhero. And why not? There are so many different movies and comic books out these days for them to watch or read. We’ve searched and found some of the best costumes for Halloween or just for everyday dress up. 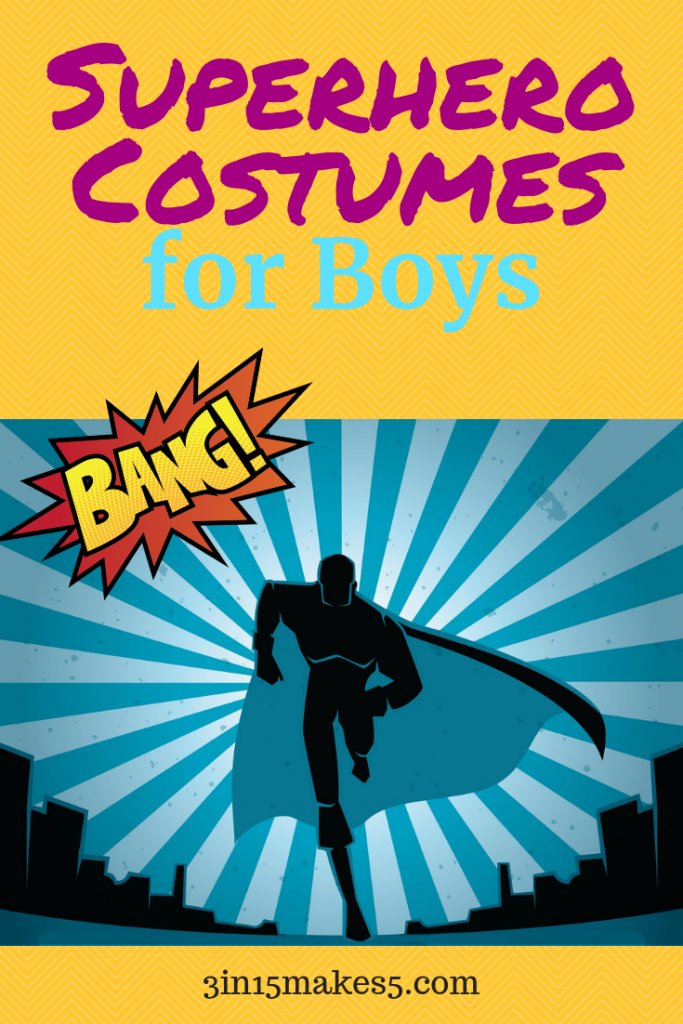 Green Lantern has appeared in comic books since the 1940s. The first character was named Alan Scott, who was in a railway crash. He finds a magical lantern that he crafts into a ring to give him special powers.

Names of others in comic books that have been Green Lantern include Hal Jordan, Guy Gardner, John Stewart, Kyle Rayner, Simon Baz, and Jessica Cruz. So, he has had quite the storyline over the years.

Here are a couple of different options.

Bruce Wayne saw his parents murdered when he was a child and that event led him to become Batman once he was an adult. Batman has been popular in comics and movies, as well as a television show.

There are many different types of costumes to choose from. Here are just a few.

Another popular superhero costume for boys is Superman. Clark Kent is a lovable, shy reporter for the Daily Planet. He sent to Earth as a baby to escape when his planet is destroyed.

But Clark Kent becomes Superman, a crime-fighting hero. He is still one of the most noted of the superheroes.

Another superhero that boys love is the Flash. He originally appeared as Jay Garrick, but was later renamed to Bartholomew Allen, known as simply Barry to his friends and family. His biggest strength is his superhuman speed.

Another classic superhero is Spiderman. Peter Parker was an average guy until he was bitten by a radioactive spider and developed superpowers.

Ant-Man is another superhero for boys. He has superhuman strength and agility, and can shift his size.

Steve Rogers wants to sign up during World War II, but is too frail. He signs up for an experimental study that transforms him into a man with superhuman strength. He carries an indestructible shield.

Thor has been mentioned in mythology for generations. He was brought into comics and movies as a hammer-wielding hero from another planet who also has tremendous strength.

Tony Stark is a business tycoon that creates weapons through his company Stark Industries. He’s kidnapped and injured and creates a new suit in order to escape. He then continues to modify the suit and starts to fight crime.

Having a hard time choosing? Why not get a set of capes and masks? This is a set of five superheroes: Superman, Spiderman, Captain America, Flash, and Batman. It’s sure to provide hours of imaginative play.

Or maybe a set of 4 reversible capes with 8 masks? Spiderman, Captain America, Batman, Iron Man, Incredible Hulk, Thor, Superman, and Flash are included in this set.

One last set to consider. It is a party set of 8 capes and masks (2 Batman, 2 Superman, Spiderman, Iron Man, Flash, and Captain America), stickers, one bracelet, and four charms. The description says the costumes are glow in the dark.

Whichever you choose, we hope that special boy in your life enjoys hours of play time (or gets plenty of treats for Halloween).