Then he fell on his knees and cried out, “Lord, do not hold this sin against them.” When he had said this, he fell asleep. – Acts 7:60, NIV

Stephen was an enthusiastic preacher, sharing the Word of God with others boldly. Others tried to trip him up, but he was able to refute dissension and false truths because God gave him amazing wisdom (Acts 6:10).

But he had angered some of the religious leaders of the day. They captured him and put him on trial, making up lies and false witnesses against him. When Stephen began to refute their words, he was dragged outside and brutally killed. As Stephen was being pelted with large stones, he began praying for those who were harming him.

We find it difficult to forgive someone for a cross word or a negative performance review. Stephen could have been angry. He could have lashed out. He could have called upon God to deliver him.

But he didn’t; he leaned into God’s will. What if you interceded for those who wronged you? The driver who cut you off in traffic, the spouse that doesn’t support your dream, or the cop who wrote you a ticket you didn’t deserve?

Lord, I don’t like what (name) has done to me. In the flesh, I’m tempted to lash out. I want to call down vengeance and take up a righteous cause. But by the power of Your Spirit, I choose forgiveness instead. I lay down my life just as Stephen did. Please forgive (name) for hurting me. Show them great mercy and kindness. In Jesus’ name, Amen. 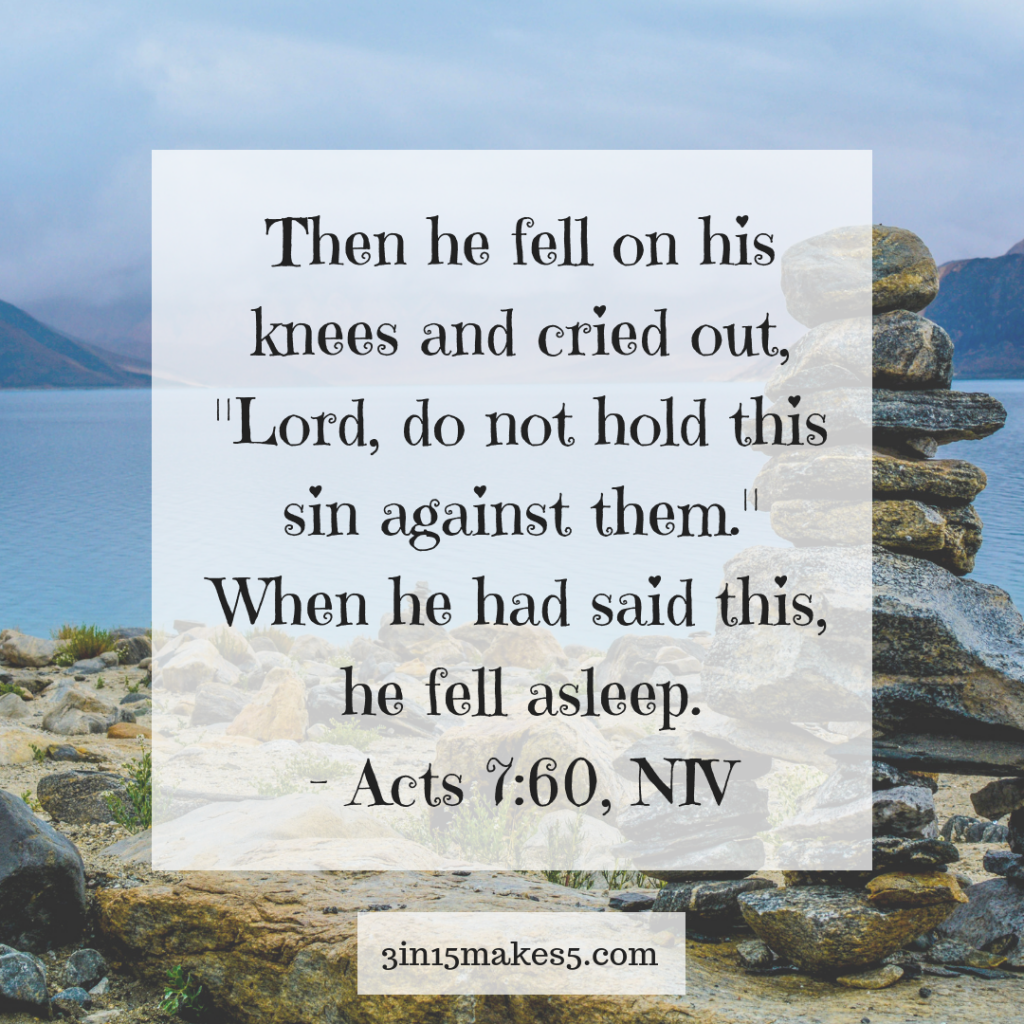