“I looked for someone among them who would build up the wall and stand before me in the gap on behalf of the land so I would not have to destroy it, but I found no one.” – Ezekiel 22:30, NIV

Mark’s father died when he was an infant. His uncle stepped in to help raise him, teaching him all the things that a father teaches his son.

When Mark went off to college, he thought he was going to be a professional athlete. But during a game in his sophomore year, he was injured in a career-ending way. Now, Mark had to rethink what he wanted to do with his life.

He thought of his uncle and how he’d been there for him. He decided that as a coach he could influence dozens of young boys and show them the love of a father.

After he graduated, Mark took a job in a poor area where many of the children were being raised by single moms. He started each day at 5 am with prayer over the players that he was coaching.

In Ezekiel, the walls of Israel were broken down, and God sought someone to repair them. Likewise, we are surrounded by “broken walls” like fatherless children and widows in need of financial and emotional help. We can begin to rebuild those walls through earnest prayer.

Lord, I pray for the widows and the orphans today. Show me how to bless them and tenderly care for them. I’m willing to stand in the gap. Teach me what to do. In Jesus’ name, Amen. 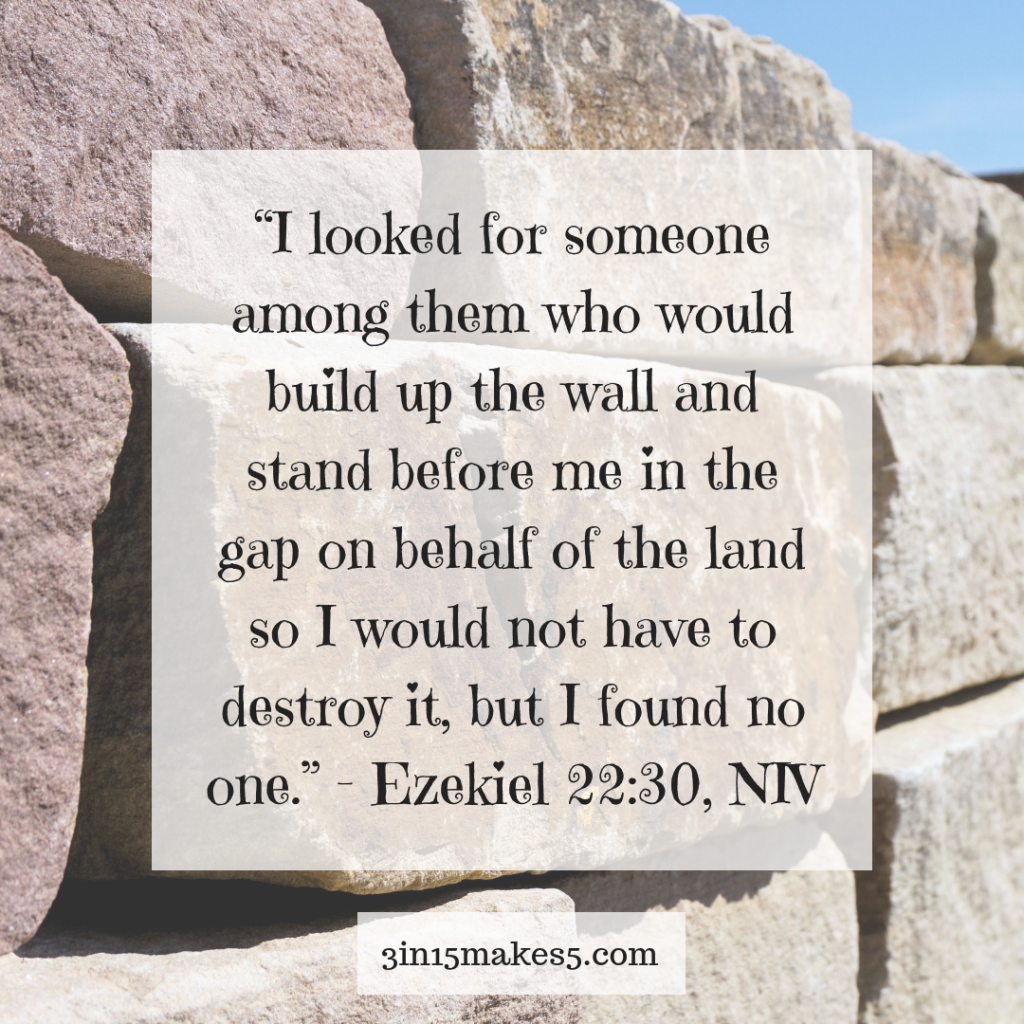