Elisha was a prophet living in Israel. When another king tried to attack Israel, Elisha knew it. He warned the king of Israel, and the nation was spared many ambushes and attacks.

Finally, the king of Aram grew frustrated. He called in his officers, insisting that someone must be telling the king of Israel about his plans. He demanded to know the name of the spy.

One man pointed him toward Elisha, saying that he “tells the king of Israel the very words you speak in your bedroom” (2 Kings 6:12).

Then the king of Aram decided to capture Elisha and end the problem. He rode toward the city under cover of night and surrounded it so Elisha would have no hope of escape.

When Elisha’s servant glanced out over the city the next morning, his knees started quaking. He quickly told the prophet what he could see. While his servant was focused on the physical army, Elisha focused on the unseen army around them. The battle wasn’t physical at all; it was a Spiritual battle between good and evil.

Like Elisha’s servant, we don’t always see what’s happening in the spiritual realm. Maybe you pray for a friend to get a job, but they keep getting rejections. Perhaps you pray for an aging parent to be cured, but they still suffer.

It’s easy to become discouraged in these moments and think our prayers aren’t working. But just as there was a Holy army around Elisha, there is a Holy army surrounding you, too. God is fighting your battle for you!

Lord, open my eyes to the Spiritual realm. Help me to remember that I am backed by the most powerful Warrior. I’d rather have You on my side than ten thousand soldiers. Please fight this battle for my friend or loved one. Let them experience peace and comfort during this time. In Jesus’ name, Amen. 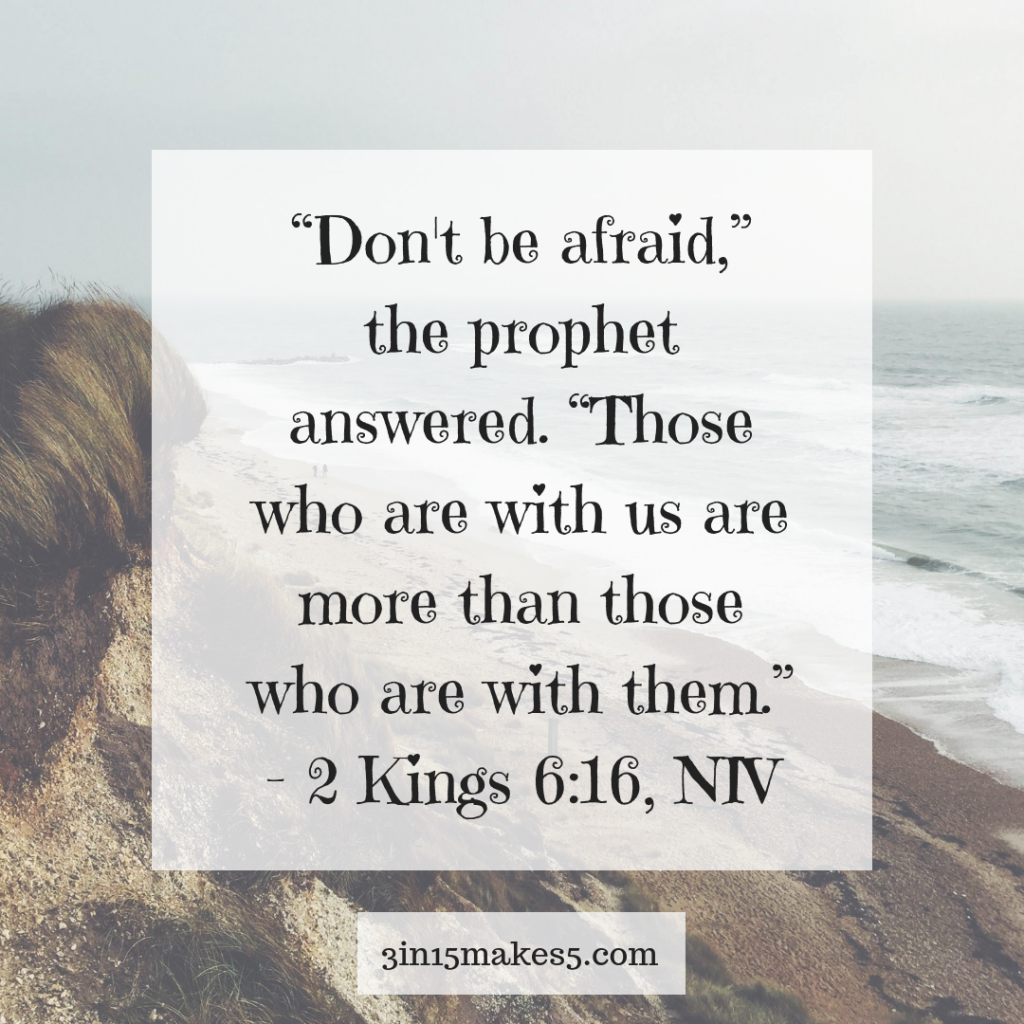