The Crucifixion is drawing near, and Jesus has retreated with His disciples. He begins to tell them of the terrible things He will endure. Peter stops to interrupt Him, promising that he would follow Jesus anywhere, even if that path led to death.

Those are bold words, a heartfelt promise, and ultimately, a lie. Jesus foretells Peter’s coming betrayal. But He does so in an interesting way, explaining that Satan has asked to “sift” Peter as wheat.

For modern-day readers, that’s just an expression. To understand what Jesus said, you need to know how wheat is sifted. It’s grabbed by the stalk and shaken violently. Doing this will separate wheat kernels, all else falls away.

So Satan’s true intent is that Peter would fall away from Jesus and never return. He has that intent for every believer. But listen to what Jesus says about Peter’s coming failure:

“But I have prayed for you, Simon, that your faith may not fail. And when you have turned back, strengthen your brothers.” (Luke 22:32, NIV)

If someone you love is enduring temptation, pray for them. Pray that if they fail to resist temptation, that they would be redeemed. Ask that God fills them with the strength to start again.

Lord, I pray for (name). I know they are enduring a lot of temptation right now and You see that. Just as You saw Peter all those years ago. Now I ask, strengthen this person in Your name. Give them the wisdom to flee temptation and if they fall prey to it, show them how to repent and turn back to You. In Jesus’ name, Amen. 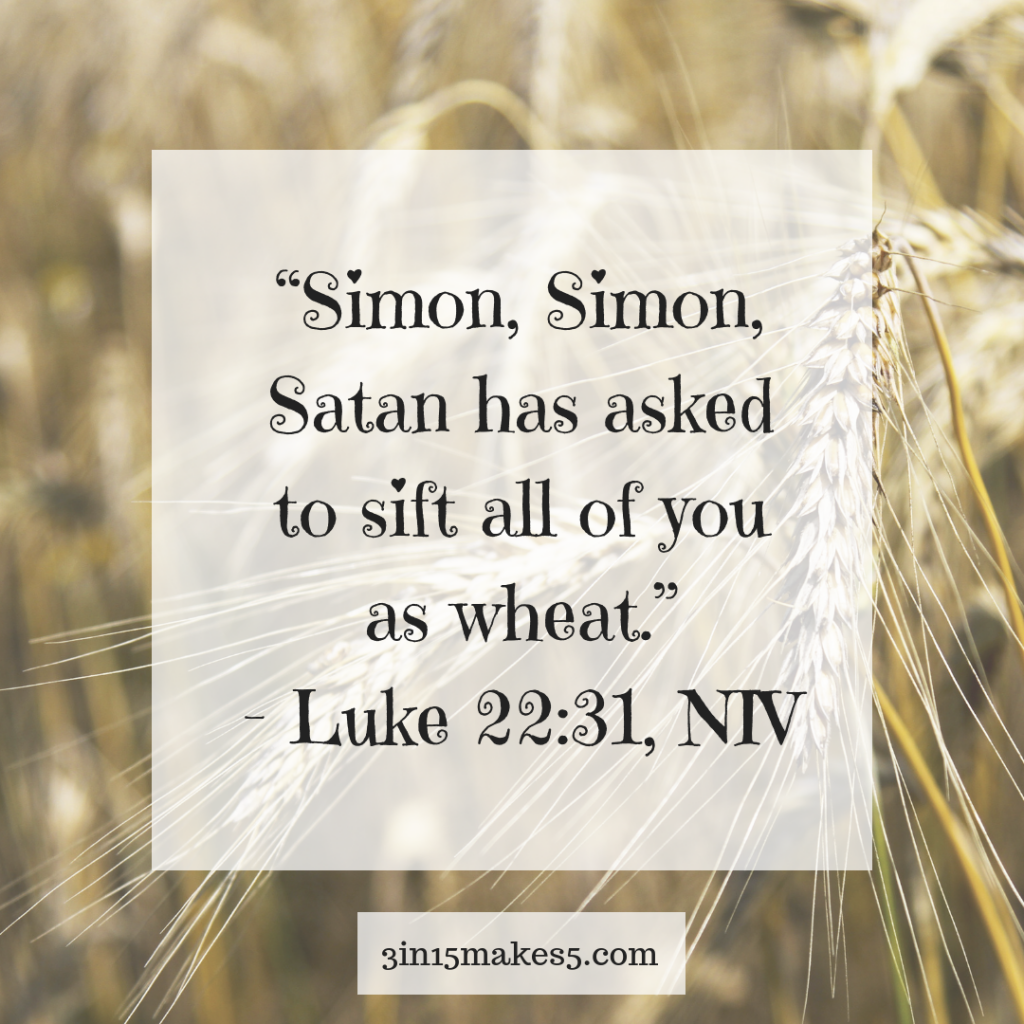