“The Lord is compassionate and gracious, slow to anger, abounding in love.” – Psalm 103:8, NIV

Laura’s husband walked out on her to be with another woman. At first, Laura was devastated. She was an orphan and had no family other than her husband. “I felt like she took the one person who meant the whole world to me,” Laura said.

As the years passed, Laura healed from her husband’s betrayal. Eventually, God brought a new man into her life. When he asked her to marry him, she was delighted, and they began to plan for an autumn wedding.

Laura didn’t want to bring baggage from her past into her new marriage, so she reached out to her pastor. “I can truthfully say I’ve forgiven him and her,” she said. “It took a lot of work, but I bear them no malice. My question is, should I share the fact that I’ve forgiven them?”

Laura’s pastor said, “Forgiveness is about your heart, not theirs. If you say you’ve forgiven someone and they haven’t sought you out, you risk offending the other party and opening yourself up to more emotional wounds. But if someone comes to you, confessing their sin and seeking forgiveness, then offer it freely and wish them the best.”

God, please show me if there’s someone who needs to hear that I forgive them. If they don’t, give me the peace to move on. In Jesus’ name, Amen. 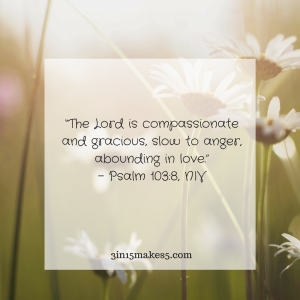