“For in the day of trouble he will keep me safe in his dwelling; he will hide me in the shelter of his sacred tent and set me high upon a rock.” – Psalm 27:5, NIV

Anna’s family had moved recently, and she had to attend a new high school. She returned from school one day, troubled over mean girls who had bullied her publicly. She was aching from the sting of their words and the humiliation still made her face burn.

At home, Anna yelled at a younger sibling, acted flippantly with her father, and finally stormed out of the house. As she walked, a thunderstorm rolled in, splashing big raindrops on Anna’s face.

As she continued her walk, tears mixed with the rain. After a few minutes, she heard the sound of boots on the pavement behind her. She turned to see her father, coming toward her.

He took an umbrella and held it over her as the two of them walked in the rain. He didn’t admonish Anna for her outburst or chide her for letting her emotions get in the way. Instead, he simply chose to be there, sheltering her in the rain.

New beginnings can be exciting and fun. Yet sometimes, they’re painful and hard. But like Anna, you’re not walking alone in the rain. Your Heavenly Father is holding onto and sheltering you during this season.

Lord, help! This new beginning hurts. Please be my Shelter and my Comforter. Remind me again that I’m not alone, that You’re walking with me. In Jesus’ name, Amen. 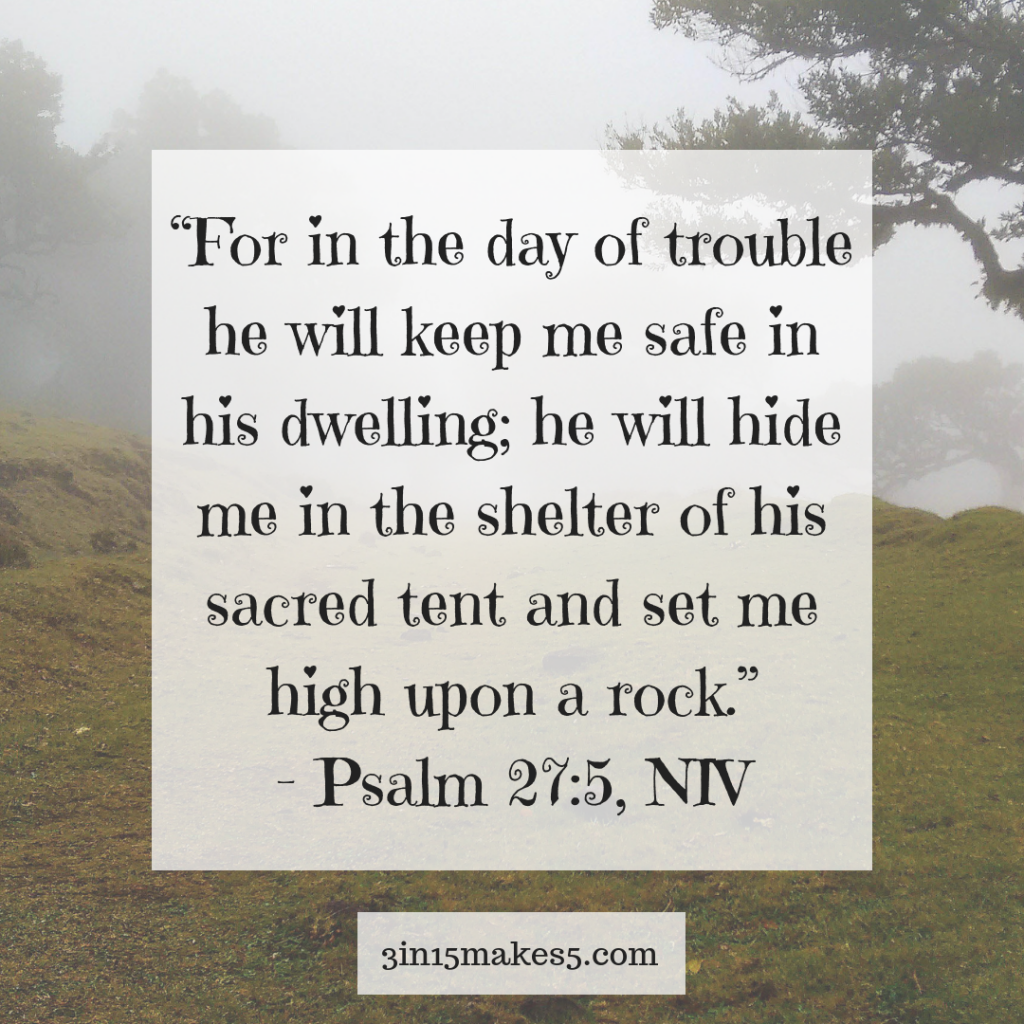