“…Let your light shine before others, that they may see your good deeds and glorify your Father in heaven.” – Matthew 5:16, NIV

Robert had been active daily on Facebook for years. He often posted photos about the adventures he was going on with his kids, how much he loved his wife, and what he was doing for his community.

When Robert was injured in a job accident, he knew he’d probably never work in construction again. He’d loved the joy of working with his hands and he was disappointed that he’d have to start his career over.

A Facebook friend reached out to Robert to let him know about a small, local organization that was starting up. The organization would be focused on reaching out to at-risk teens.

So, Robert went to meet with the director. “As soon as Brett suggested you, I wanted to meet with you,” the director explained. “I’ve been following your posts on Facebook for a while and I know you’re the kind of mentor we need here.”

Although Robert hadn’t known it at the time, the posts about his family and his community were broadcasting his faith. He was delighted when the organization’s director offered him a job, provided he complete a training period.

Lord, help me to remember that everything I do online is a reflection of You. I want that reflection to be encouraging and uplifting. In Jesus’ name, Amen. 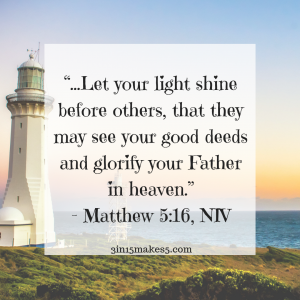