“For sin shall no longer be your master, because you are not under the law, but under grace.” – Romans 6:14, NIV

Jimmy had just moved to a new town and started attending a new high school. Although Jimmy didn’t consider himself religious or spiritual, he was adopted into a group of teens that were all Christians.

At first, he found their faith odd. But the more he came to know them, the more he realized he enjoyed being around them.

One day, Jimmy watched one of his Christian friends pocket a candy bar from the local gas station. A few hours later, Jimmy’s friend went back to the store owner and explained what he’d done.

It was at that moment Jimmy realized there was something different about his friends. It was the catalyst that caused Jimmy to pick up a Bible and begin studying the Word of God. A few weeks later, he accepted Jesus as his Savior.

Sometimes, it’s tempting to believe that as a witness for Christ, you must be perfect. But what sets apart a Christian isn’t that they never sin—it’s how they react after they’ve sinned. Instead of blaming or shaming someone else, they confess and seek to restore the damaged relationship.

Lord, help me to remember that I’m a witness for You. When I’ve sinned, let me humbly seek forgiveness and restoration. In Jesus’ name, Amen. 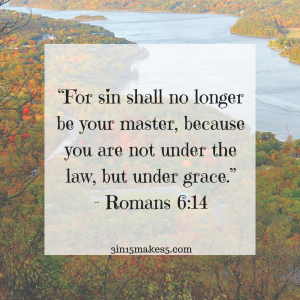