“As Pharaoh approached, the Israelites looked up, and there were the Egyptians, marching after them. They were terrified and cried out to the Lord.” – Exodus 14:10, NIV

The Israelites had been freed from Egyptian captivity after four hundred years. God had done a series of miracles to set them free. Now, they were journeying away from everything they had known.

For the first few miles, the journey must have felt exciting. But as the hours passed, doubts crept in. Where would they go? How were they going to survive the harsh desert climate? Where would they find food and water? What was God doing in the middle of all this?

Then the news comes – the Egyptians have decided to pursue them. They’re hemmed in by the Red Sea on one side and the cruel army of Pharaoh on the other. They panic, demanding to know from Moses if God has led them this far only to let them die.

Have you ever stood in the same place? God led you out of one place, but now you’re dealing with new terrors.

What looked like a promising new beginning seems to be another ending, or is it? God used the Red Sea to show His power and strength. Just as He made way for the Israelites, He can make way for you. Lean into Him in the middle of your wilderness journey.

Lord, I thought this was a new beginning, but now it feels like an ending. Please give me faith to trust You during this time. Remind me again that You always come through during the Red Sea moments. In Jesus’ name, Amen. 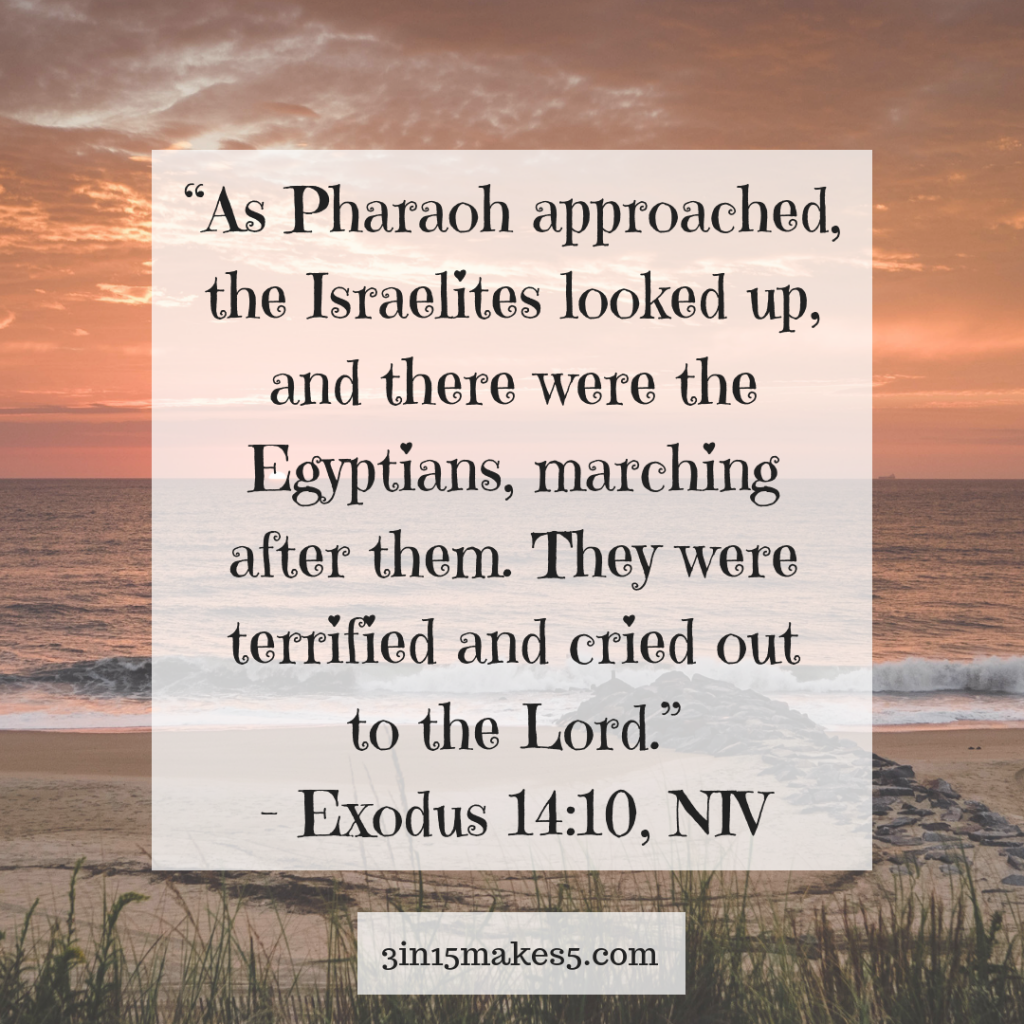