Then the fire of the Lord fell and burned up the sacrifice, the wood, the stones and the soil, and also licked up the water in the trench. When all the people saw this, they fell prostrate and cried, “The Lord—he is God! The Lord—he is God!” – 1 Kings 18:38-39, NIV

The nation of Israel was at a crossroads. Some of the people worshipped Baal and other false gods. But a few, like Elijah, still followed the Lord’s commands.

Elijah knew it was time for the people to choose who they would serve. He called the king and the 450 prophets of Baal together. He proposed a plan: the wicked prophets would build an altar and offer a bull as a sacrifice, calling out for their god to send down fire.

They did this early in the morning, and they continued all day without results. First, they went around the altar. By noon, Elijah was mocking them and telling them to speak louder. The prophets of Baal cried out and cut themselves, but still, there was no answer.

That’s when Elijah built an altar with twelve stones. He doused everything in water, not once, not twice, but three times. Then he called out, and fire fell from Heaven that consumed everything, including the altar and dried up all the water. This proved that the Lord is God.

Sometimes the people around us need to see God’s hand moving and know that He’s real and He intervenes in real-life situations. When you come across these people, remember Elijah and pray that God would send them a sign.

Lord, thank You for being the God who listens! I pray for (name) who needs a reminder of Your Presence and Majesty. Send them a sign that they would understand how powerful and merciful You are! In Jesus’ name, Amen. 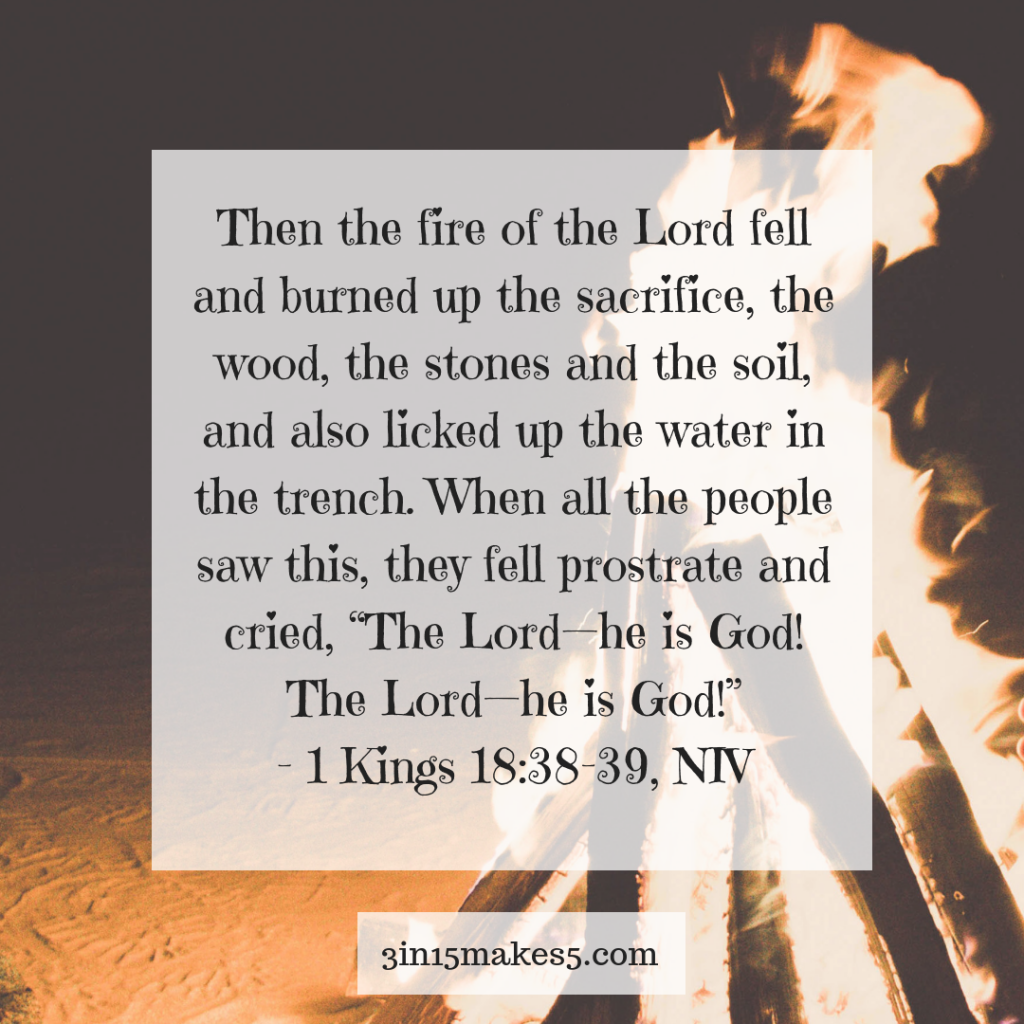