“Forgetting what is behind and straining toward what is ahead, I press on toward the goal to win the prize for which God has called me heavenward in Christ Jesus.” – Philippians 3:13-14, NIV

Many years ago, a young man and his mentor were traveling to remote villages to share the good news of the Gospel. When they came to one town, there was an angry woman standing beside the road.

A deep puddle filled with mud prevented her from crossing. She was angry with her servants who were busy trying to hold onto her purchases from the general store. As she continued to berate the servants, the older man stepped in.

Without a word, he pulled the woman on his back and carried her safely across the road. He got mud on his own clothes, but hers stayed in pristine condition. Rather than thank the man, the woman shoved him and went back to her journey, sulking now that the way was too long.

As the two men continued on, they walked in silence for several miles. Finally, the younger man demanded, “Why did you carry that woman? She didn’t even have the decency to thank you!”

The older man looked perplexed. “I put her down hours ago, but it seems you’re the one carrying her now.”

It’s easy to hold onto the past, especially if we feel we’ve been wronged. Maybe your ex-spouse has spread vicious lies about you, perhaps a friend you trusted betrayed you, or maybe your co-worker stole the credit for your project.

You don’t have to carry these hurts and betrayals into a new season. It’s time to release these burdens and, like Paul, press on toward the true prize – spending eternity with Jesus.

Lord, I release the burdens I’ve been carrying into Your hands. I don’t want to be so focused on my past that I miss the joy of the present. Help me fix my eyes on You. In Jesus’ name, Amen. 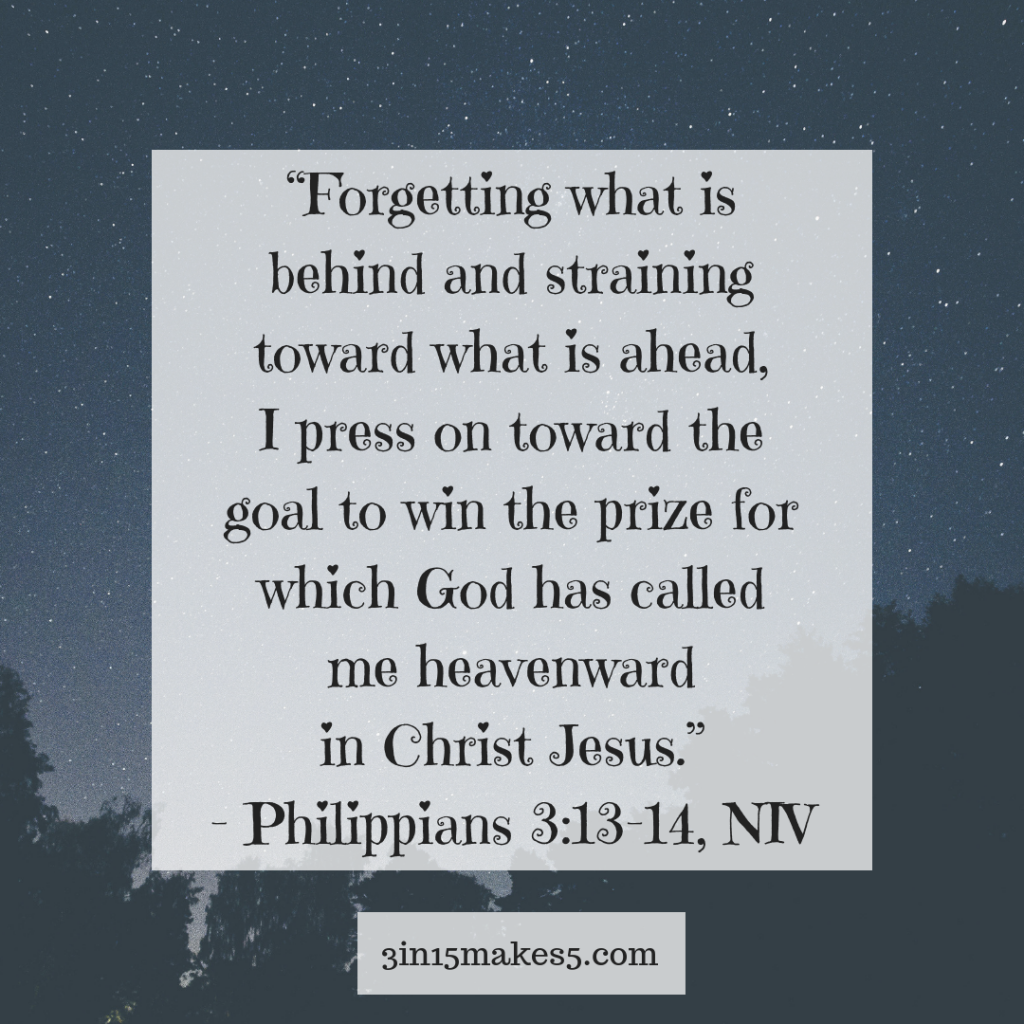