“You will keep in perfect peace those whose minds are steadfast, because they trust in you. Trust in the Lord forever, for the Lord, the Lord himself, is the Rock eternal.” – Isaiah 26:3-4, NIV

Katie had a normal pregnancy. When she went into labor, she called her husband who met her at the hospital. They had prayed over and anticipated the arrival of their first son for months.

But as soon as he was born, doctors ushered the newborn away from his parents. That’s when Katie knew something was wrong. The doctor returned a few minutes later to explain that their child was born with deformities and would need a series of surgeries as he grew.

It was months before Katie and her husband were able to take Michael home. Even then, he had many medical needs and was a sickly child. On the evening before one of his surgeries, she was terrified something would go wrong.

She managed to sleep for a few hours and when she woke the morning of the surgery, she felt a deep peace in her soul. She knew whatever happened that Michael was safe in God’s hands.

It wasn’t until after she checked her voicemail messages later that day she understood why. Her friends had organized a prayer vigil and spent the entire night in prayer over Michael.

If someone you know is going though a difficult time, you can pray that they would be held in perfect peace. Peace is not the absence of pain but the assurance of God’s presence in the middle of it all.

Lord, I pray for (name) that they would feel Your presence today. Grant them peace. Send worry, doubt, and pain far from them. Guard their heart so they would know that You are watching over them. In Jesus’ name, Amen. 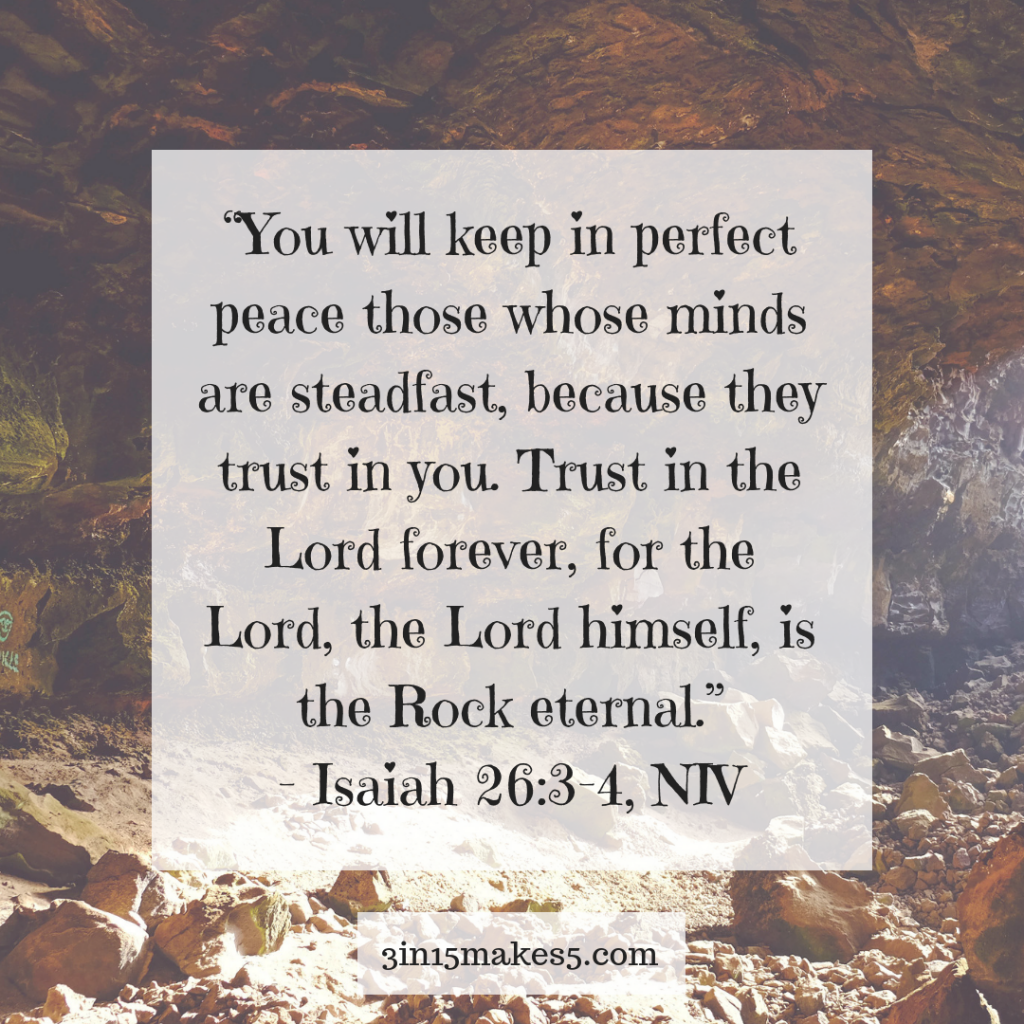