Another of his disciples, Andrew, Simon Peter’s brother, spoke up, “Here is a boy with five small
barley loaves and two small fish, but how far will they go among so many?” – John 6:8-9, NIV 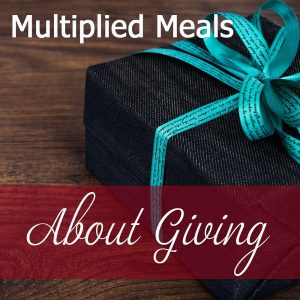 It was another busy day of ministry for Jesus. He’d been healing people afflicted with illnesses and diseases. Then He’d taken the time to share stories and parables with the crowd, giving them all of his energy and attention.

As the day wore on, Jesus became tired and ready to retreat. He tried to slip away with His disciples, but the crowds continued to follow Him anyway. Looking into the faces of so many, Jesus felt compassion. He longed to gather each person close and whisper how precious they were to him.

Instead, He turned to his friends. “Let’s feed these people.”

His disciples quickly pointed out how expensive feeding the crowd would be. It would take almost half a year’s wage, they argued.

That’s when a shy boy tugged on Andrew’s outfit. He glanced down at the kid who gestured for him to bend low. When Andrew dropped to his knees, the boy whispered that he’d share his lunch.

Jesus instructed the disciples to seat the people in groups. Then He gave a prayer of thanks. And the meal was multiplied—enough for over 5,000 people with leftovers, too!

It can be hard when we feel like the need is so much greater than what we have. Follow the example of the little boy who shared his meal and concentrate on what you can give. Remember, God can and often does multiple your sacrifices.

God, I don’t always have much to give, but it’s all Yours. I hold nothing back from Your hand.