“Above all, love each other deeply, because love covers over a multitude of sins.” – 1 Peter 4:8, NIV

Nobuo Fujita was a Japanese aircraft pilot during World War II. One of his missions was to drop bombs over the coast of Oregon. After dropping two bombs, he flew back to his military base.

Thankfully, the forest area where Nobuo dropped the bombs had an unusually wet season. The ground was saturated, and while one bomb sparked a fire, it was easily contained, and no one was injured.

Despite the fact that no one was hurt, Nobuo felt deep sorrow over what he’d done. So, he visited Brookings, Oregon, the town that was just miles from where he’d released those missiles.

When he arrived, Nobuo brought with him a samurai sword that had been in his family for centuries. He apologized for his actions and gifted the town with the sword. Despite some controversy, most of the townspeople welcomed Nobuo warmly.

Over the years, Nobuo would periodically return to Brookings. On one visit, he planted a tree where he’d dropped the bombs, as a symbol of peace and friendship.

The town continued to embrace Nobuo, and in 1997, he became an honorary citizen, proving that forgiveness can be stronger than hate.

God, help me to demonstrate Your love by forgiving those who have wronged me. Let me welcome with open arms those that need my forgiveness. In Jesus’ name, Amen. 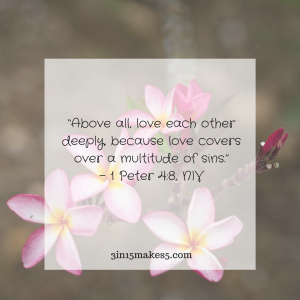