When I started planning curriculum for high school, I knew that I wanted to teach my boys logic. After researching, I decided that Memoria Press had the best curriculum. I was planning on waiting until 11th or 12th grade, but then I was offered the chance to review the Traditional Logic I Complete Set. How could I turn that down? 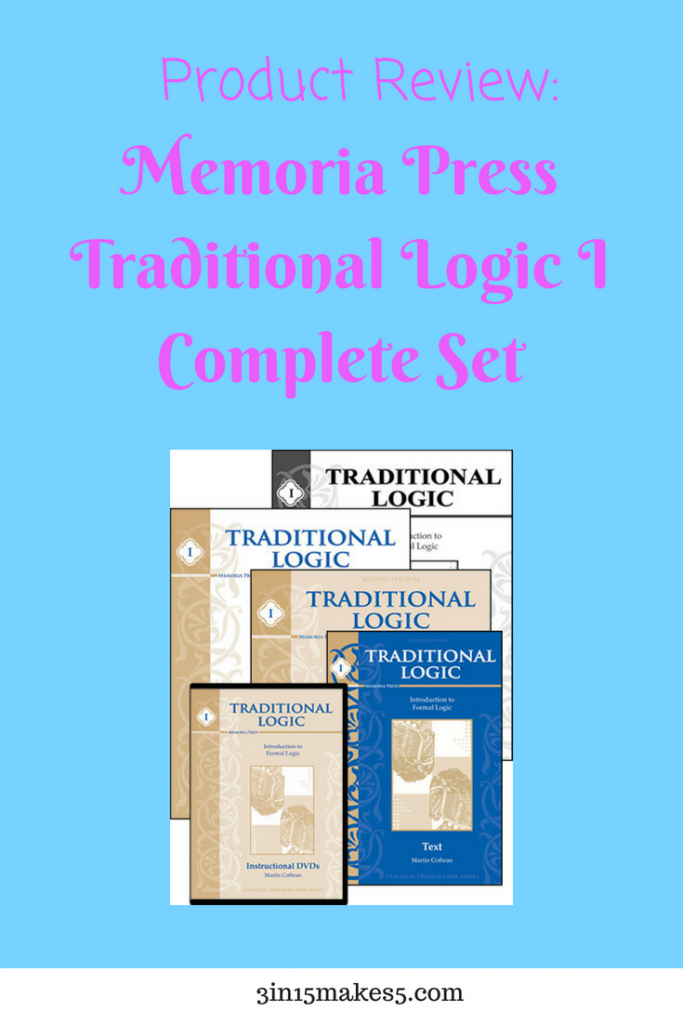 I decided to start the course with my oldest son, who is currently in 10th grade.

The Traditional Logic I Complete Set is meant to be used by 7th-12th graders. There is an Introduction and then 14 chapters. Each chapter is intended to be worked through in a week, with lessons on Days 1-4 and a quiz on Day 5. They also state that you could combine a few chapters to make it a 12-week class and then have the rest of the school year to go through Traditional Logic II. What’s included in the set? 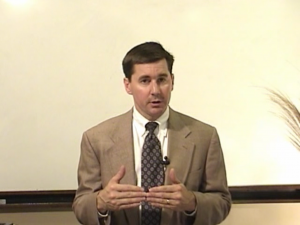 The Introduction gave a basic overview of the class. It provided definitions of terms and stated that the class would be on formal logic, not material (or modern) logic. It then set the stage for the rest of the book, mentioning the three mental acts of the logical process (simple apprehension, judgment, and deductive inference) and corresponding verbal expressions (term, proposition, and syllogism).

If this sounds unfamiliar to you, you aren’t alone. I was confused as well. However, the book is set up in such a way as to take each concept as a chapter and discuss it so you can understand it.  You’ll soon learn about comprehension, extension, signification, supposition, categorical propositions, contradictory and contrary statements, and much more. 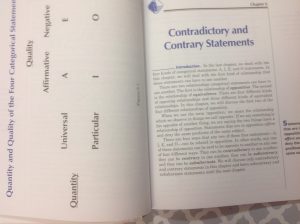 We were unsure if we were supposed to watch the DVD or read the book first. But after the introduction, we realized that we should start with the DVD. The DVDs are copyright 2003, so they are a little dated. With today’s technology, my son thought the graphics looked a little “cheesy.”

Also, it appears that the DVDs have not been updated since the first edition. The textbook we reviewed was the third edition, and all other books were the second edition. The page numbers cited in the DVDs don’t match the pages in the text or workbook. The first edition had the lessons and then the assignments all in one book. For the second edition, the book was split, and all the questions were put in a separate workbook. 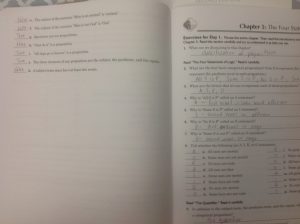 The first three chapters were the hardest. There was a lot of information presented.  I was thankful I had a teacher key to grade the workbook and quizzes. Once we reached the next chapters, the material was a little easier to understand.

I liked that the text included some of the definitions in the margins. That helped to quickly be able to find certain concepts and to reinforce the lesson. I also liked that you were supposed to read the material twice. Once on Day 1 after watching the DVD, and then each section corresponding to the workbook on the other days. 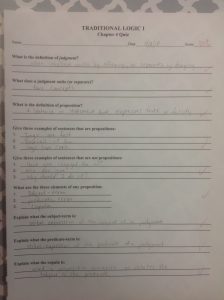 Having the short assignments was also helpful. There is a lot of information to digest, so having it in small chunks made it more manageable. There were a lot of diagrams throughout the book to help you visualize certain concepts.

The teacher on the DVD was a little boring. He talks monotone and slowly most of the time. However, he does seem to know the material and explains it well. The DVDs are definitely useful since they provide a little extra explanation of each chapter. 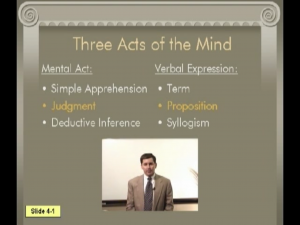 I liked that the lessons were broken down into days, with a quiz for each chapter. It was also helpful to have the teacher key to be able to grade everything.

The DVDs provided extra explanations into the lessons. The Quizzes and Final Exam Workbook had perforated pages, which will make it easy to keep these separate for documentation.

The DVDs were dated, and the graphics weren’t that great. Also, some examples were difficult for my son to get. For example, there was mention of Dennis Rodman (a basketball player) who “recently” retired (2000). My son had no clue who that was. The instructor also mentioned the presidential candidate, Al Gore (also in 2000). 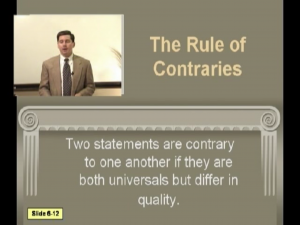 The page numbers mentioned in the DVDs didn’t match what was in the text and workbook. This was confusing at times. The instructor is a little boring and monotone. He spends a lot of time looking to the side (probably at notes) instead of looking at the camera.

All in all, I think this is a great curriculum. I especially like that I can give the assignment and then just let my son watch the DVD on his own and work through the workbook himself. The answer keys made it easy to grade, and I could even have my son grade his own work if needed.

I definitely plan on having my oldest finish the curriculum and then will use it with the twins as well. I feel this course is the best logic course available and would recommend it to anyone.