“The tongue has the power of life and death, and those who love it will eat its fruit.” – Proverbs 18:21, NIV

Jennifer was in middle school when she was invited to a sleepover with some of her classmates. During the sleepover, the other girls tried to get Jennifer to say something unkind about her best friend.

Jennifer knew that telling the girls a juicy secret would cement her as one of the popular kids. But still, she refused to do it and instead, she shared how her friend had helped her through a difficult time.

Like Jennifer, Jonathan faced a similar dilemma. His father, King Saul, was ranting about David. He looked expectantly to Jonathan, hoping he’d join in and tear down David, too.

But this was Jonathan’s response:

Jonathan spoke well of David to Saul his father and said to him, “Let not the king do wrong to his servant David; he has not wronged you, and what he has done has benefited you greatly.” (1 Samuel 19:4, NIV)

It may not be popular, but you should always do the right thing. Jennifer showed this by praising her friend instead of belittling her.

Lord, help me when I’m tested to be a loyal friend. Let me speak gracious words over my friends. In Jesus’ name, Amen. 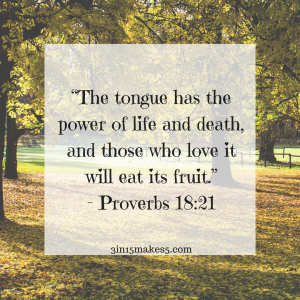