“For the wages of sin is death, but the gift of God is eternal life in Christ Jesus our Lord.” – Romans 6:23, NIV

Officer John stepped through the automatic doors into the busy supermarket. He saw a man in a dress shirt wave him over. As he neared the man, he spotted a teenager with his eyes on the floor.

Dealing with teenage shoplifters was something John was familiar with as he’d been on the local police force for years. But this boy looked different. He looked scared and ashamed, not angry and defiant. His clothes were dirty and his shoes tattered.

When he saw the boy was stealing food, John pulled money from his own pocket to reimburse the store manager. Then he took the boy home with a cart full of groceries.

The teenager deserved to be punished for breaking the law, but instead, the officer showed him grace. Like Jesus, he chose to pay the cost to redeem the boy from an awful situation.

Is there someone in your path today that you could show mercy? Maybe it was the co-worker who took credit for your project or a friend who took you for granted.

Lord, when others fail me or betray me, help me to remember Jesus is ever merciful. Give me the strength to follow His example. In Jesus’ name, Amen. 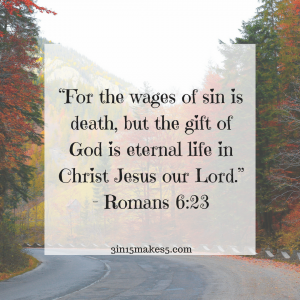