Undoubtedly you have seen or heard people saying they are reducing their gluten or giving it up altogether. In some cases, people have allergies or a condition called Celiac disease, which is causing gluten to make them ill. Others just have a non-celiac gluten sensitivity (usually just called gluten sensitivity).

It is estimated that 18 million Americans suffer from gluten sensitivity, which is about six times as many as Celiac sufferers. Whereas there is a test for Celiac disease, there isn’t a test for gluten sensitivity. Right now it is just a matter of ruling out other causes and eliminating gluten from the diet to see if it reduces your symptoms. Since sensitivities are more common, that will be the focus of this post. 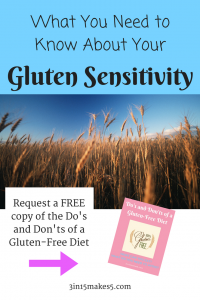 *Note: the following post contains affiliate links. This means that if you choose to buy something from one of these links, we may receive a small commission at no additional charge to you. Thank you for your support.

Gluten is a type of protein that is found in a variety of different grains. Many people think about wheat as being gluten, but it can also be found in rye, barley, and sometimes oats. The gluten protein is made up of other proteins, including glutenin and gliadin. These are often more closely linked to people that have adverse reactions in the form of a gluten allergy or Celiac disease, which is an autoimmune condition of the small intestine. The symptoms are slightly different when comparing an intolerance or sensitivity to gluten as opposed to actually being allergic to it.

When you have a sensitivity to gluten, your symptoms can range from mild discomfort and abdominal pain to some of the more common signs of being allergic to gluten. First of all, you might find that you have abdominal discomfort or indigestion when you consume foods with a lot of wheat or rye.

Some other common symptoms include headaches, skin changes, joint pain, numbness in the legs, arms or fingers, and allergy symptoms like coughing, sneezing, and runny nose. 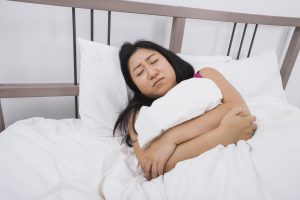 While you might know about the typical signs of having a gluten intolerance or sensitivity, there are some less common ones you might want to know about.

While you may not realize it, your skin condition, such as red splotches on your face and excessive dandruff on your scalp might actually be due to gluten intolerance. While these conditions can be worse if you actually have an allergy to gluten or Celiac disease, people with an intolerance to gluten may also experience similar symptoms.

You may find that you have a lot of dandruff and that using special shampoo doesn’t do much good. Perhaps you have redness on your face and can’t figure out why. These are both signs of eczema, which tend to be common among people who have issues with gluten.

Like the skin conditions, the symptoms might be worse with Celiac disease. But that doesn’t mean your anxiety or depression can’t also worsen if you have a gluten sensitivity. If you have noticed extreme irritability at odd times, worsening depression, or a sudden onset of anxiety, it might be a good time to consider if a gluten sensitivity is the cause.

You likely know that having digestive issues is very common when you have an intolerance to gluten, but did you know it can cause more serious problems? For example, you might have irritable bowel syndrome, seemingly caused by nothing, but it ends up being linked to gluten. Try eating a gluten-free diet for at least six weeks and see if your digestion and IBS symptoms improve. If they do, then these issues are directly linked to the gluten intolerance. 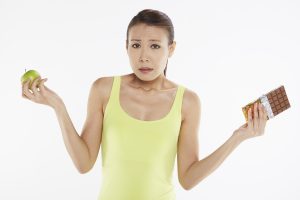 If you are found to have a gluten sensitivity, it is best to go on a gluten-free diet. For some, you might not need to give up all gluten completely, but you do need to decrease it as much as possible. The more foods you eat with gluten, the worse you are going to end up feeling.

The foods might not cause serious illness like if you had Celiac disease, but gluten can make you feel ill. If you want those stomach aches and migraines to go away, stay away from foods with wheat, rye, or barley. This includes most bread, grains, pasta, and a wide range of packaged and processed foods. You should try to stick to a diet consisting primarily of fruits, vegetables, and lean protein like meat.

Tips For Transitioning to a Gluten-Free Diet

Making the transition to a gluten-free diet is one of the hardest parts of realizing you have a gluten intolerance. You want to feel better, cure your headaches, and improve your indigestion by changing your diet. Actually doing it can be a bit of a culture shock. Many of the foods you eat on a daily basis will no longer be allowed, and you need to become a stickler for reading ingredients of everything you eat. Here are some tips for transitioning to a gluten-free diet.

What Foods Are Allowed

The first thing to consider when you are making the transition to a gluten-free diet is what foods are allowed. This makes it easier for you because you can rely on some of the classic staples that you enjoy eating on a regular basis without feeling like you are missing out on anything.

For example, most vegetables and fruits you eat already can still be enjoyed, such as lemon in your water, oranges as a snack, and bananas with your breakfast. Most meat can also be eaten, though you need to be careful with processed meat, such as packaged deli meat.

While you eventually want to start making more food items from scratch, the transitional period can be quite a challenge. During this time, it is helpful to find some gluten-free substitutes for the foods you can no longer have.

For example, you can usually find bread, biscuits, cookies, crackers, and cereal in a gluten-free version. It used to be that only health food stores sold substitutes that were much more expensive than the standard form of these foods, but since gluten-free is becoming more popular, it is easier to find these food items in the supermarket.

Find Friends Who Want to Join You

It can be hard when you are doing this all alone. Try to find friends or family members that also want to reduce their gluten intake. This makes it easier when going through recipe books together, swapping ideas for meals, and going out to restaurants. If you have kids, try to transition them to a gluten-free diet as well, so you don’t have the temptations in your household. Get your family together to come up with delicious gluten-free meals together.

I started my gluten-free journey in August 2017. After having a negative test for Celiac disease, I ignored my symptoms for a long time. Then I finally decided to do something about it. I went on the Whole30 diet, which is an elimination diet. It also helps your body reset itself. After about 40 days, I reintroduced gluten, and my symptoms came back. So I realized that I had, in fact, a gluten sensitivity.

Gluten sensitivity can be managed rather easily, as long as you are willing to change your habits.

* The contents of this blog post are for informational purposes only. It is not intended to replace professional medical advice, diagnosis, or treatment. Please seek advice from your healthcare provider if you have any questions or concerns about your medical condition.