“Jonathan took off the robe he was wearing and gave it to David, along with his tunic,
and even his sword, his bow and his belt.” – 1 Samuel 18:4, NIV 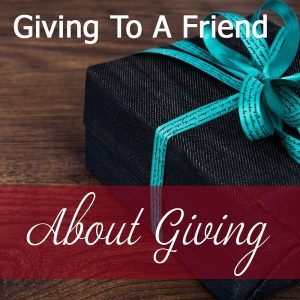 Jonathan and David were the best of friends. Jonathan was King Saul’s son, but he also loved David. Jonathan must have heard the rumors about David and how he was selected to be the future king of Israel.

It was a position that Jonathan may have looked forward to one-day holding. Perhaps he’d even imagined as a young boy what it would be like to be king over a great nation that God had richly blessed.

But he never showed any malice toward David over this. If anything, Jonathan cared for David as he did his soul. He embraced his friend as the future king without letting his ego get in the way.

It can be hard when someone else gets promoted in your place. Perhaps your co-worker got the raise you wanted, or a friend received recognition for an idea that you came up with together.

Be like Jonathan and refuse to become focused on what should have been yours. Instead, seek to love your friend or co-worker and provide them with what they need to serve God wholeheartedly.

God, I confess: sometimes, I get so caught up in what I want that I forget Your plans are so much bigger than my own! Help me to be gracious and kind even when others get what I want.