Derek was a teenager when he left home. His parents were both drug addicts, and his father had become increasingly violent. Derek had no place to go, but he feared for his life. That’s how he ended up on the streets at sixteen.

He spent several weeks sleeping in the cold and ducking from cops until an old, homeless veteran told him about a men’s shelter that didn’t ask a lot of questions.

At the shelter, Derek was given a cot and went to bed warm for the first time in over a month. He stayed in school, determined to be the first person in his family who went to college and earned a degree.

One week, a local businessman stopped by the shelter. He met with Derek and offered him a job cleaning tables in his restaurant. He promised a promotion if Derek stayed on for a few months and did good work.

Derek gratefully accepted the position and continued to work his way up in the company. Now, he’s the proud regional manager of several restaurants, and more are set to open in the spring.

Each time Derek needs an employee, he visits the homeless shelters looking for teenagers who have no one. “It’s not just about giving them a job. That’s only part of it. I teach them how to navigate the world so they can be successful. When your whole life has been about survival, you don’t know how to do basic things like opening a checking account or buying a secondhand car. So, I train my employees to be successful in both work and life.”

God, help me to be mindful of what others need. I pray that You would give me eyes to see the poor and homeless in my community. Show me how to minister to them. In Jesus’ name, Amen. 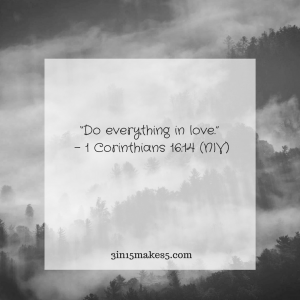