“You will be enriched in every way so that you can be generous on every occasion, and through
us your generosity will result in thanksgiving to God.” – 2 Corinthians 9:11, NIV 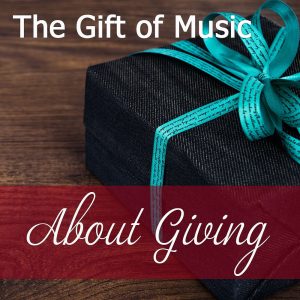 Darren was a music teacher at a high school. Every year, he took his class on a trip to the Disney Performing Arts Onstage in Orlando, Florida. He loved doing it because he had enjoyed watching the excitement and wonder on the faces of his students.

As the trip neared, Darren urged all of his students to get their parents to sign their parental-approval slips. One student, James, a troublemaker, said he lost his slip, so he wasn’t able to get it signed.

Darren checked up on James and found he was living with distant relatives who didn’t care much what happened to the teen. Darren managed to get James’s legal guardian to sign an approval form.

But the cost of the trip for each student was still expensive, and Darren knew that James’s family wouldn’t pay for the costs. So Darren talked it over with his wife, and they used part of their savings money so that James could go, too.

Years later, Darren was grading papers when James showed up at the school. After a few minutes of small talk, James said, “When I was in your class, everyone else had given up on me. They said I was a troublemaker who wasn’t worth the effort.”

James paused to show Darren a picture from his smartphone of two little girls that were smiling at the camera.

He grinned, “I got a music scholarship into a good college. I turned my whole life around. You believed in me back when no one else did. I’ll never forget that.”

God, when I’m tempted to see the worst in people, help me to remember that they may be carrying heavy burdens. Let me be someone who champions the underdog and fights for the oppressed.