This Christmas, kids everywhere will be asking for the FurReal Munchin’ Rex, a lovable, soft dinosaur that seems to come to life and interact with them. This is a baby dino pet that kids ages four and up love.

FurReal Munchin’ Rex awakens whenever a child waves their hand at him. They can also give him a treat to wake him up. The way he responds is a mix from the more than 35 options coded into this baby dinosaur.

The responses range from sounds to motions and a combination of the two. For example, Rex will beg for treats and hop around all excited like a little puppy would. In fact, he might chomp down on the treat or – if he doesn’t like it – he’ll even spit it out, making your child laugh.

The little Rex dinosaur is a big fan of his bottle, but whether he enjoys his broccoli or cookie treats can be hit or miss. Sometimes he finds them yummy, and sometimes he complains that they’re yucky.

This is a fun toy that also has the typical dinosaur habitat sounds included with it. For example, your child might listen and be able to picture a prehistoric jungle setting. It comes with batteries already installed to bring it all to life, but you can replace them when it runs out.

This gift includes the Rex dinosaur along with some accessories like the bottle, treats (both broccoli and caveman cookies), and a set of instructions so you’ll know exactly how to get the most out of your interaction with the toy.

This is surprisingly a plush toy. Most dinosaur toys on the market are cold, hard plastic – but this one is more enjoyable to play with because of its soft material. Your child will enjoy taking Rex with him wherever he goes, just as he would any other stuffed animal.

And all kids love being the caretaker for babies. Sometimes it’s in the form of dolls, but in this case, it makes it even more fun when it’s a dinosaur! Getting to feed Rex its bottle and listen to him slurp, and seeing the reactions from the interactions, bring about lots of giggles from your little one.

Rex also responds to nurturing playfulness. For example, he has sensors on his head, so when your child pets him, he responds in a way that lets your child know he appreciates it.

Rex is a posable figure, too. Your child can position its arms in a variety of ways as they make believe they’re in a prehistoric world with him. It’s a fun, yet unpredictable toy that delivers up many emotions and reactions and of course, tons of fun! 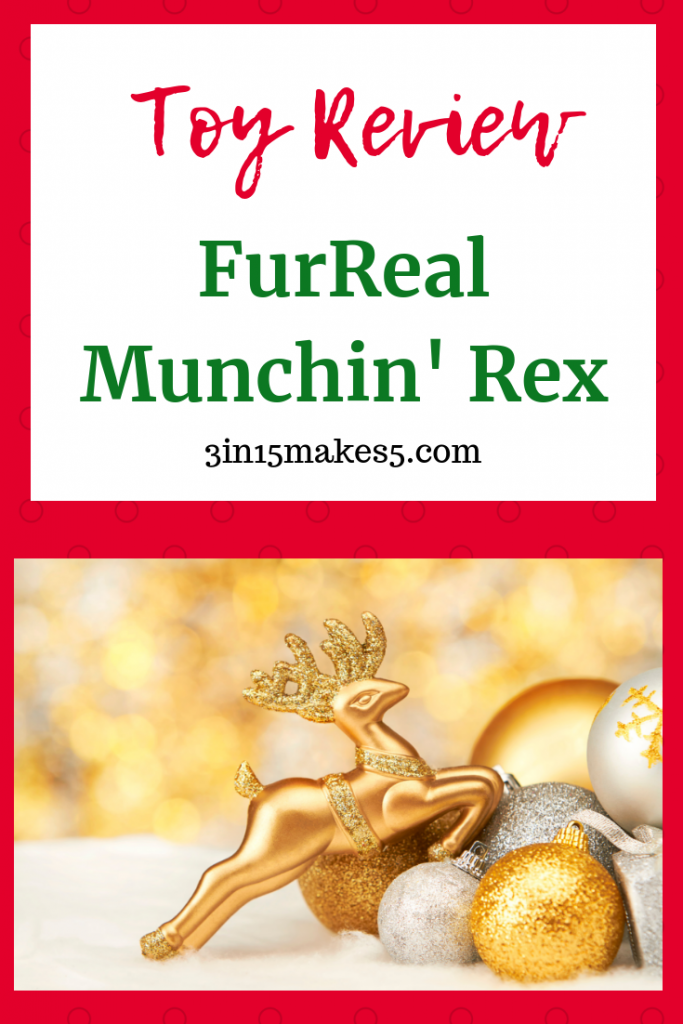