Put to death, therefore, whatever belongs to your earthly nature: sexual immorality, impurity, lust, evil desires and greed, which is idolatry. – Colossians 3:5, NIV

Ron was a senior in high school. He had a small group of friends that he enjoyed hanging out with. He didn’t have a male role model in his life, so he often looked to his friends to figure out how a man was supposed to behave.

For the most part, Ron’s friends were a good influence. But sometimes, one of the boys would start talking about the girls he was involved with sexually. Then the others would chime in with their experiences.

The conversation always made Ron uncomfortable. He’d been raised with the idea that sex was a special gift from God, to be shared only between a husband and wife.

Still, Ron reasoned that his friends were just telling stories until one of his friends lied about an encounter with the girl. Ron watched as overnight the girl became the center of cruel jokes and cyber bullying.

Suddenly, Ron understood his friends weren’t just talking or blowing smoke. The words they said had a greater impact than they knew. From that day forward, Ron made a commitment to only speak about girls in ways that respected and affirmed them.

Lord, help me to remember that all of my friends are influencing me for better or worse, Show me how to set boundaries with the friends that pull me away from You. Let me grow closer to the friends in my life that are earnestly seeking You. In Jesus’ name, Amen. 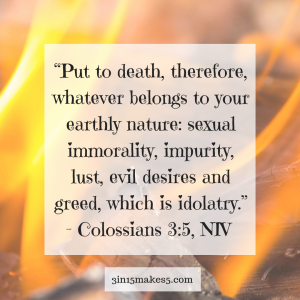