“Bear with each other and forgive one another if any of you has a grievance against someone. Forgive as the Lord forgave you.” – Colossians 3:13, NIV

Kevin was passionately anti-abortion. He recorded a video on his social media profile that captured his views. The video’s tone was respectful, and the content wasn’t particularly graphic. He just wanted to encourage his viewers to think about the issue.

After he posted it, many people commented on the video. Most of the commenters thanked him for his viewpoint. Some shared tips and ideas on how he could improve his future recordings. But a small band of commenters attacked Kevin. They made fun of him and mocked him.

At first, Kevin was angry. He wanted to fire back at those who left the unkind comments. He desired to “get even” with these “social justice warriors” and show them how wrong they were. But then his wife reminded him that everyone would be watching how he responded.

“They’ll remember your replies long after they’ve forgotten about the issue,” she shared.

Like Kevin, you will sometimes share content on social media and receive negative comments. Commenters will attack you, what you’re wearing, how you’re speaking, or what you’re saying.

You can’t control these people. But you can control what you say. You can choose to forgive and respond with grace.

Lord, help me when people are rude to me online. I want to shine Your love all the time, especially when others are cruel. Show me how to forgive as Jesus did. In Jesus’ name, Amen. 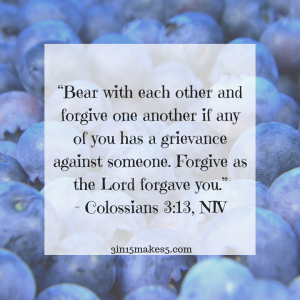