Eva Mozes Kor was just ten years old when her family was sent to an Auschwitz concentration camp. Because she had a twin sister named Miriam, she and her sister were experimented on.

Dr. Josef Mengele, known to many as the “Angel of Death,” would perform cruel and unusual medical operations. He was fascinated by twins, and they were often the subject of his torture.

Often, Eva and her sister would be injected with various substances. One of these injections made Eva very sick. She heard Mengele claim that she would die shortly. That’s when she decided to prove him wrong and live in spite of her conditions.

After months of cruelty, Eva and her sister were rescued from the brutal camp. The girls eventually moved to Israel where they finally felt safe for the first time in years.

On the fiftieth anniversary of the Holocaust, Eva read aloud a letter of forgiveness that she’d written to the Nazis and those working with them.

Rainer Höss heard of her letter and reached out. He was the grandson of a top SS guard, and he wanted to meet her. The pair’s first meeting was at Auschwitz.

They’ve stayed in touch and are now friends. Eva even describes Rainer as her grandson, the two having adopted each other as family.

God, help me to forgive those that have wronged me. Show me how to let go so I can live without hate or bitterness in my heart. In Jesus’ name, Amen. 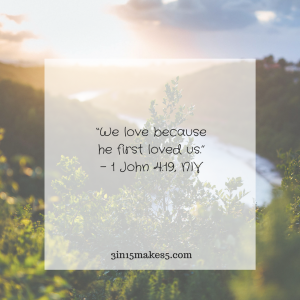