Then he continued, “Do not be afraid, Daniel. Since the first day that you set your mind to gain understanding and to humble yourself before your God, your words were heard, and I have come in response to them.” – Daniel 10:12, NIV

Daniel was a prayer warrior. He prayed daily, seeking God constantly. That fact alone is remarkable. But when you consider the time he lived in, it’s downright amazing. He was a captive taken to Babylon.

He was known to the king, who seeing Daniel’s wisdom, promoted the young man. As a result, Daniel developed powerful enemies who tried to destroy him.

Once after Daniel had been praying over a coming war, an angel appeared. The angel told Daniel that from the first moment of prayer, God had heard his requests. These prayers were immediately answered.

But Daniel did not see those answers for many days. Then one day, an angel arrives to explain that he had been traveling to give a reply from the Lord but was unable to come due to events happening in the spiritual realm.

Daniel’s story illustrates that we may not always see immediate answers to our prayers. But that doesn’t mean that God is not listening. Not only does God hear your prayers, but He will also be faithful to answer them in His time!

Lord, when I’m praying for others, and I get discouraged, help me to remember the story of Daniel. I want to stand strong in my faith, even when it feels like nothing’s happening. Thank You for always listening! In Jesus’ name, Amen. 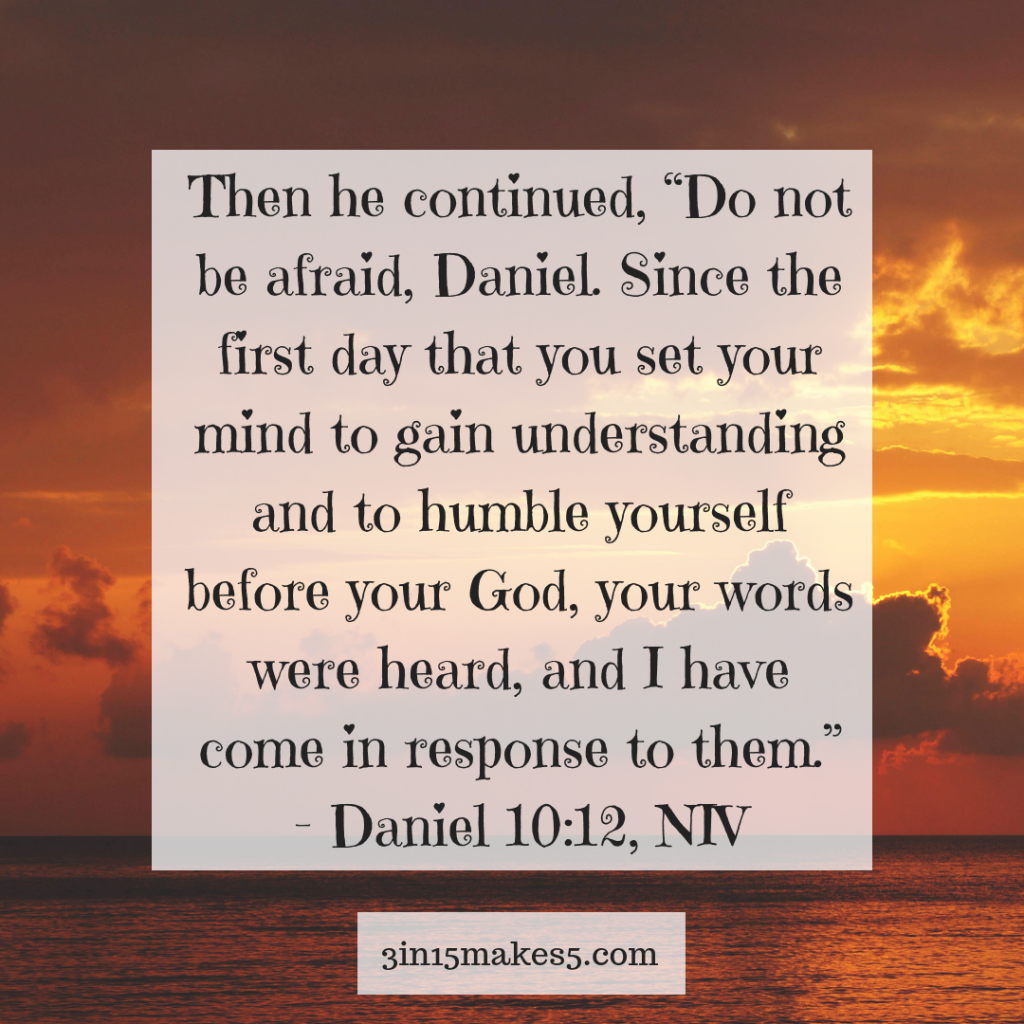