“But love your enemies, do good to them, and lend to them without expecting to get anything back. Then your reward will be great, and you will be children of the Most High, because he is kind to the ungrateful and wicked.” – Luke 6:35, NIV

Every year on June 12th, Walter throws a birthday party. He invites everyone he’s ever known and gives each guest a small gift. He provides a cake, live music, and an all-you-can-eat BBQ dinner.

At the end of the party, Walter steps up to the podium. Then he reveals a perplexing fact—his birthday isn’t until December. But he considers June 12, 1989, his true “birthday” because that’s the day he met Jesus.

Before Walter accepted Jesus as his Savior, he was a member of a gang. He was in prison for just about every crime and his heart was filled with a deep hate for anyone that was different.

But it was the persistence of a local pastor who ministered in the prison that got through to him. Jim never responded to any of Walter’s off-hand remarks or his cruel comments. Instead, he spoke kindly to Walter and prayed for him. When Walter needed medical care, Jim became his advocate, making sure the other man was cared for.

Sometimes, God calls us to love people who aren’t likable. Sometimes, God asks us to stand in love and pray for them. But this isn’t something you have to do in your own strength. Ask God to let His Divine love for this person flow into your heart and spill into every area of your life.

Lord, when others mock me, when they are unkind, when they hurt me, give me the grace to love them anyway. I can’t do this on my own; I need You. Fill me up with kindness and grace. Show me how to love my enemies. In Jesus’ name, Amen. 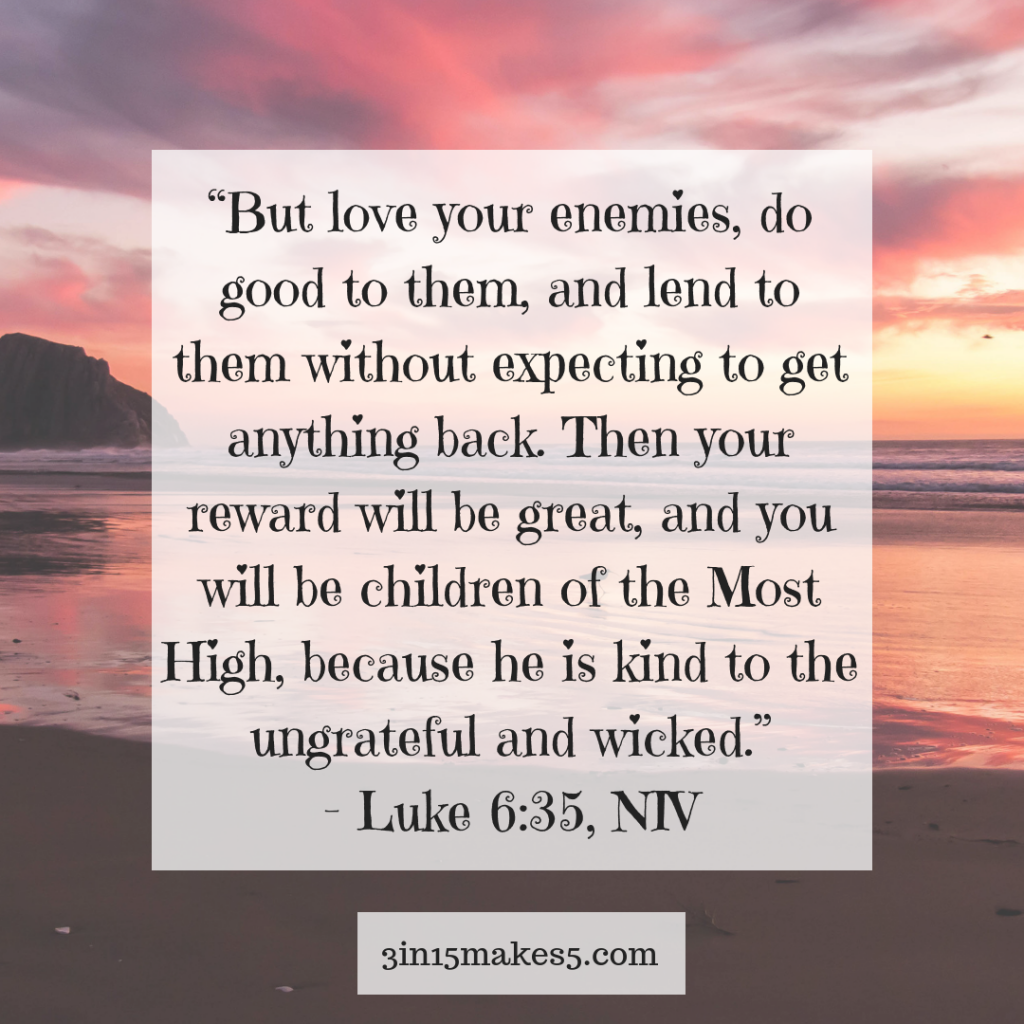