“But Barnabas took him and brought him to the apostles. He told them how Saul on his journey had seen the Lord and that the Lord had spoken to him, and how in Damascus he had preached fearlessly in the name of Jesus.” – Acts 9:27, NIV

If there was one thing Barnabas was known for, it was his encouragement. He always had a kind word to say about everyone. He was quick to be a cheerleader to those around him.

He could expertly soothe ruffled feathers while still proclaiming the truth. He never despised a small beginning – he could worship as easily with the new Christians as he could the mature believers.

When Barnabas heard that other Christians were afraid of Paul (then called Saul) for his past, he stood up for the new apostle. He took Paul under his wing and invited him into fellowship, even though no one else wanted him around.

Lord, I want to be like Barnabas. Give me the wisdom to spot those who need an encourager. Put Your words in my mouth that I would always speak light and life over others. In Jesus’ name, Amen. 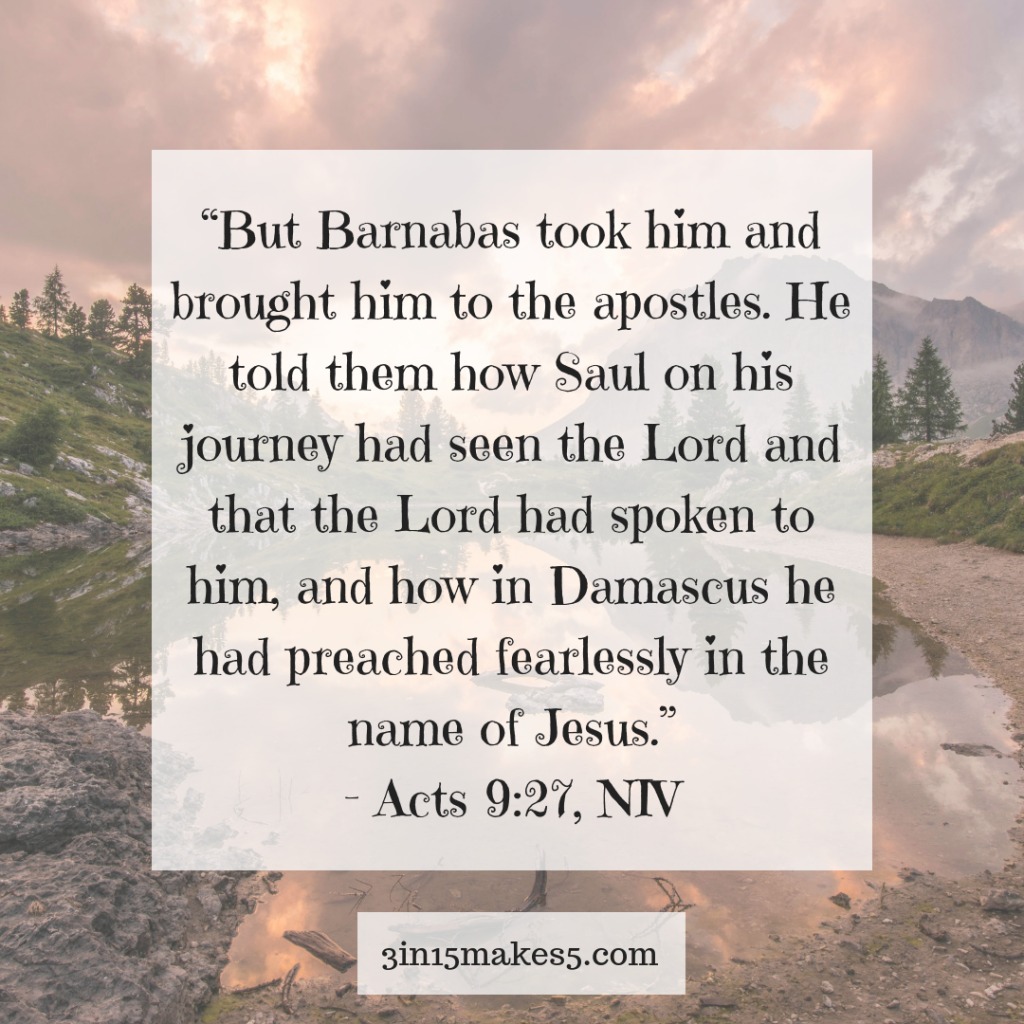