“All the believers were together and had everything in common. Selling their possessions and goods,
they shared with anyone who was in need.” – Acts 2:44-45, NIV 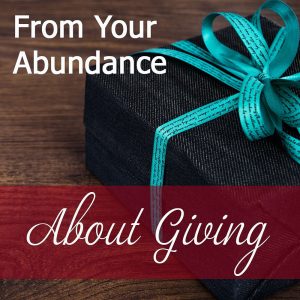 Nathan was devastated when his wife abandoned him and their young daughters. Although his parents lived on a fixed income, they welcomed Nathan and his daughters with love and compassion.

A few weeks after the move, Nathan lost his job. Until then, they’d been scraping by, but he knew he had to find another job soon. He sent out resumes, went to a few interviews, and heard “we’ll call you” more times than he could count.

When a neighbor heard about the family’s difficulties, she shared their story with her local church. The congregation sympathized, but their benevolent fund for the year did not contain enough to help.

Still, one member volunteered to bring over a few home-cooked meals. Another said she had clothes her children had outgrown that would be perfect for the girls. An older man said he might know of a job that would work well for Nathan’s unusual situation.

One by one, those in the church service pledged their help to the needy family. Each member decided to share their abundance so that Nathan and his children wouldn’t have to do without anything.

Giving doesn’t have to be about giving vast amounts of money away or donating fancy cars. Sometimes, it’s just about looking at the resources you have and finding a way to share them with another in need.

God, please show me what areas of my life You’ve blessed with abundance. I want to take the extra blessing and pay it forward to someone else.