“The LORD gives strength to his people; the LORD blesses his people with peace.” – Psalm 29:11

Mark grew up in a poor neighborhood. He was abused by his father, a single parent. He struggled to do well in school, but he was a natural athlete. Despite his hardships, Mark continued to keep fighting for his dream.

Eventually, Mark received a full scholarship to college and was drafted into the National Basketball League. He made millions of dollars as a player and many more as he endorsed various products.

He spent most of his time building a mansion. Whenever he felt sad or alone, he would expand the house. This went on for years until he had a huge, sprawling estate, but no one to share it with.

While traveling to one of his games, Mark met a pastor. He struck up a conversation with the other man, and they began sharing stories about their lives.

Finally, Mark blurted out, “Why can’t I find peace? I’ve built myself a beautiful refuge, but it’s not soothing my soul.”

“Maybe,” the wise pastor answered, “you’ve made the wrong thing your refuge. Perhaps there’s another refuge you’re in need of.”

Lord, I don’t want to make things or relationships my refuge. I want You to be my refuge, the place where I retreat each day. Show me how to walk in peace so I can shine Your love to others. In Jesus’ name, Amen. 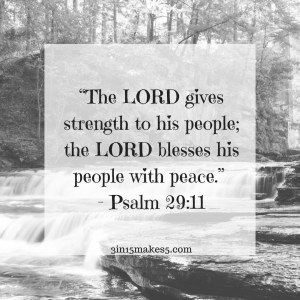