“For the Son of Man is going to come in his Father’s glory with his angels, and then he will reward each person according to what they have done.” – Matthew 16:27, NIV

In his book, Waiting on God, Charles Stanley shares a story from his own life. He had been in a car accident, and after the accident, he felt God say, “Do not buy another car.”

Fortunately, a local friend loaned him a car. For a year, he drove the car. It was an older Cadillac that he at times felt embarrassed to be seen in. Still, he thanked God for the car and waited.

But after a year, he went to a local dealership. He test drove a car several times. He wanted to buy it, but he felt God commanding him to wait. So, he decided against the purchase at the last minute.

When a member of his church gave him a ride to work, he asked about the car situation.

The pair continued chatting, and the other man asked Charles what kind of car he wanted. The pastor told the man that he really liked his car. It was far more expensive than any car he’d consider owning on his budget.

A few days later, Charles received a check in the mail for the price of the car he wanted.

Sometimes, God asks His children to wait. Maybe God’s told you to wait on filing those divorce papers or another an important decision. Don’t rush ahead or you’ll risk missing God’s blessing for you.

Lord, thank You for Your generous nature! I don’t know what plan You have for me in this season of waiting but help me to rest confidently in You. You are a good Father. In Jesus’ name, Amen. 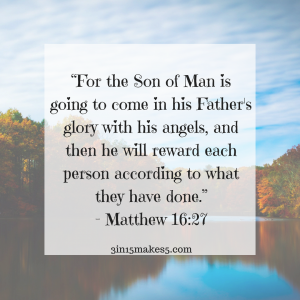