“Therefore, my friends, I want you to know that through Jesus
the forgiveness of sins is proclaimed to you.” – Acts 13:38, NIV

Steven McDonald was a police officer living in New York. He’d served in the military, and he was the third generation in his family to join the New York City Police Department. Not only was his career going well, but so was his personal life. Steven was a newlywed, and his wife was pregnant.

In July 1986, he was questioning a group of teenagers about a string of bicycle thefts. One of the suspects pulled a gun and fired three bullets at the cop, forever changing both of their lives.

One bullet struck Steven’s spine, instantly paralyzing him. Another went into his head, and the final one hit his throat, leaving him with a permanent speaking disability.

Amazingly, Steven forgave his attacker. He wrote letters to the teenager and encouraged him to turn his life around.

While most people would have lost all hope, Steven fought to help others. He worked as an inspirational speaker and motivator, visiting communities around the world to share his message.

Although he wasn’t able to work, Steven would still show up at the NYPD to encourage his brothers in blue. He also spent a lot of his time reaching out to cops who were injured in the line of duty. In January of 2017, Steven passed away following a heart attack. But he left behind a beautiful legacy.

God, help me to respond to hate with love and to cruelty with compassion. Let me be a living example of Your forgiveness and grace. In Jesus’ name, Amen. 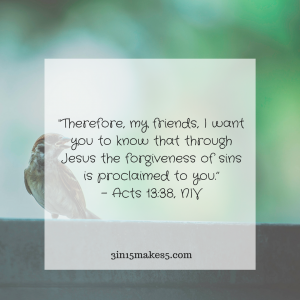